Plato, Descartes and Kant Too White for Univ. Students 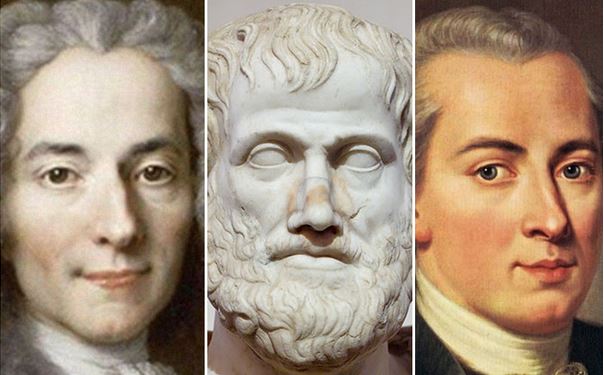 They are said to be the founding fathers of Western philosophy, whose ideas underpin civilised society.

But students at a prestigious London university are demanding that figures such as Plato, Descartes and Immanuel Kant should be largely dropped from the curriculum because they are white.

The student union at the School of Oriental and African Studies (SOAS) insists that when studying philosophy “the majority of philosophers on our courses” should be from Africa and Asia.

The student union went on to state that “white philosophers” should be studied only “if required”–and then only critically.

Such a demand might sound absurd, but this behavior is not exactly out of the ordinary of student bodies these days. Last month, for example, the University of Pennsylvania removed a hallway portrait of William Shakespeare for similar reasons. Last summer, Yale students petitioned to abolish Shakespeare and Chaucer from the English Department.

Twitter users were both amused and disgusted by the latest effort.

White physicist IsaaKKK Newton’s theory of gravity has kept women down for too long! http://www.telegraph.co.uk/education/2017/01/08/university-students-demand-philosophers-including-plato-kant/

I Kant believe it! Descartes and Plato too! I will fight these heretics till my dying breath. http://www.dailymail.co.uk/news/article-4098332/They-Kant-PC-students-demand-white-philosophers-including-Plato-Descartes-dropped-university-syllabus.html

Philosopher Roger Scruton said the actions demonstrate “ignorance and a determination not to overcome that ignorance.” It’s hard to disagree with the statement, but I’m wondering if there is not something more at work than mere ignorance.

By rejecting the intellectual giants of Western culture, students would destroy the metaphorical pillars of that culture. One suspects that not ignorance but a deep hatred of the culture itself is what has students hell bent on destroying these symbols of Western thought. At the very least such demands would seem to reveal an unhealthy focus on race.