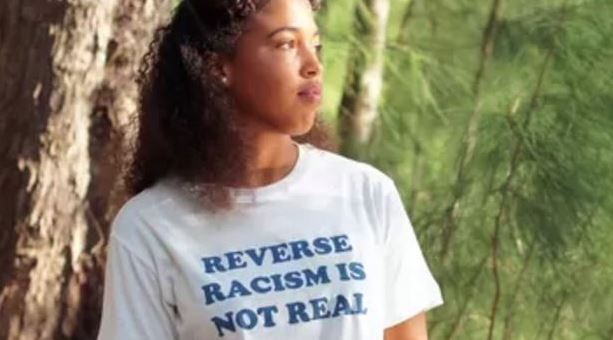 A tri-college coalition in Pennsylvania has published a resource guide on “allyship and anti-oppression” that brazenly affirms people of color cannot be racist towards white people.

The guide, made available for students attending Haverford, Swarthmore, and Bryn Mawr Colleges, provides a seemingly-exhaustive list of terms on the topic, including “reverse racism,” which, it then contests, is not actually existent.

“Reverse racism does not actually exist, because racism is a structure, and people of color do not structurally oppress white people,” the guide argues, making a fine distinction between “racism” and “discrimination,” the latter of which can be directed at white people.

“Most social justice activists agree that ‘reverse racism’ doesn’t make sense. Many think the idea of reverse racism is invalid because the term ‘racism,’ especially in academic and social justice circles, has a specific meaning that relates to institutionalized oppression,” the guide states.

The idea that people of color cannot be racist is not a new idea. (I learned it as a college freshman in a “Race, Gender, Class” course 20 years ago.) But I’m somewhat surprised to see it has made its way from classroom theory to official educational handbooks.

As many people already know, there is some disagreement on what racism actually is. So let’s look at the history.

The first cited use of the term racism, according to the Oxford Dictionary, came in 1902: “Segregating any class or race of people apart from the rest of the people kills the progress of the segregated people or makes their growth very slow,” said Richard Henry Pratt, while criticizing government policies toward Native Americans. “Association of races and classes is necessary to destroy racism and classism.”

One can see a clearly institutional aspect in the description above. The government was segregating people based on race. Jim Crow would be another example of this type of racism.

Today when academics speak of racism they usually mean something quite different. This alternative definition of racism is usually anchored by at least two of the following three points: 1) America’s history of racism; 2) social or economic disparities along racial lines; 3) any policy (government or corporate) that adversely impacts a protected class (even if the policy itself appears benign in nature).

Anyone can see that the only thing these two definitions actually share is the name “racism.” As a colleague has observed, this is often the source of great confusion:

Like two ships passing in the night, a person using the Oxford definition of racism and another using this new, murky definition of racism may try to engage in a conversation about racism, but they will ultimately make little progress because they cannot even have a common understanding of what they’re discussing.

So which definition is right?

For my own part, I believe the latter definition runs counter to the ideals upon which America was founded (ideals, it must be noted, the nation has struggled to live up to throughout its history).

Perhaps more importantly, I think any nation seeking to build on ideas that perpetuate an “us” and “them” mentality is building a rotten foundation. As the cultural historian Jacques Barzun observed in Race: A Study in Superstition:

Race-quarrels are with a phantom which will not let men sleep and which ultimately imbrues them with blood. The moral remedy, imperfect but aimed at the heart of the problem, is to uproot the habit of hating and despising en masse on the basis of imputed traits.