My Kindergartner Was Told Trump Was Going to Kill ‘All the Girls in the U.S.’ 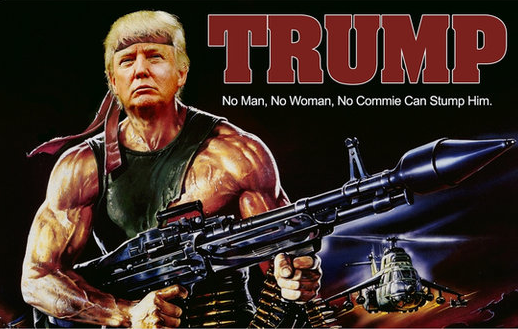 Yesterday afternoon I received an email from the dean of my 5-year-old daughter’s school. When I saw my little girl’s name in the subject line, my first thought was that she had said something naughty. (She’s a goofball and recently discovered scatological humor.) But that wasn’t the case.

Just wanted to let you know that I talked with Bret today.  She was upset on the bus today when a few boys were talking about President Trump killing all the girls in the US.  The three of us talked together, I reiterated to Bret that she did the right thing by reporting it to an adult, and then followed through with the boys’ families and teacher.  Please let me know if you have any additional questions,

My daughter had been triggered! My first reaction, I’m ashamed to say, was to laugh out loud. I couldn’t help it; it’s funny. Then I felt confused. How was I supposed to feel? Outraged? Sad?

I dashed a quick note off to the dean thanking her for how the matter was handled while I processed things.

The truth is, I realized I was happy the episode happened. Over the last few weeks, we’d learned one little boy on the bus was picking on my daughter, who wears glasses. This might scare him, I reasoned.

Then I began to wonder where a 6-year-old had heard that the president had ordered a Final Solution for Americans carrying two x chromosomes. My first thought was that it must have been Mom and Dad. But then I realized just as easily it could have been, say, MSNBC. It dawned on me how careless we are with language.

“Words,” Hawthorne once said, “so innocent and powerless as they are, as standing in a dictionary, how potent for good and evil they become in the hands of one who knows how to combine them.”

I think we’re careless with words for various reasons, but perhaps most often it’s because we use them as tools of rhetorical combat rather than as a means to accurately convey facts, ideas, and truth. In a gray world, words help us understand the nuances of ideas that rarely are black and white. But in the 21st century, a world filled with complexity, words often are employed as propaganda, a device to convey a perspective someone already knows to be true.

Donald Trump, who has the habit of speaking out of both sides of his mouth, is an obvious example. But he’s hardly alone. Many of Trump’s attackers in the media—people who, like him, should know better—often strain language to attack him. This is why his executive order on refugees is a “Muslim ban”—even though it makes no mention of Muslims or Islam. It’s why Trump’s rude and vulgar language toward some women over the years evolved into “Trump hates women.”

I realized that if a six-year-old reputedly hears that Donald Trump hates women, he can be forgiven for thinking “Trump is going to kill all the girls.”

The president, members of the media, and adults should heed Hawthorne and realize that the words they use—whether they realize it or not—have immense power. We should all use them more carefully.