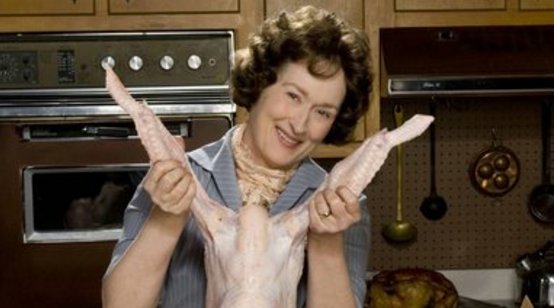 My first feeling for Meryl Streep was embarrassment.

The three-time Oscar-winner’s speech at the Golden Globes on Sunday brought to mind a cocktail reception I once attended. A nice young woman couldn’t resist injecting politics into polite conversation in mixed company. It was awkward for everyone but her. People politely smiled, much like the actors on camera did Sunday evening. (Well, not all of them.)

That Streep would use her Golden Globes monologue as a platform to directly attack the president-elect (3:00 mark below) seemed like a bit of a faux pas – until I remembered that this is Hollywood, where boorish behavior is usually tolerated, if not applauded – but nothing more. But the comments created an uproar.

Right-leaning commentators and publications, unsurprisingly, were quick to pounce on Streep. But even liberal critics saw something gross in Streep’s “snobby solipsism.”

Jacobin magazine, a socialist publication that dubs itself a leading voice of the American left, called Streep’s speechifying “the worst thing to happen since Trump’s election.”

“She strikes me as about the worst possible spokesperson imaginable for the Left in an era of working-class rage,” wrote Eileen Jones, in a withering article. “So naturally she’s embraced even more tightly by liberals doubling down on their delusional Clinton Democrat worship.”

Piers Morgan called it “the worst performance” of Streep’s career. A prominent studio head told The Wrap that Streep was playing right into the hands of Trump.

Some of these writers may have a point, but I wonder if we aren’t getting a tad carried away here.

Hundreds of articles have already been written about Streep, and she is a top trending story on both Twitter and Facebook. This seems absurd, especially when one realizes other presenters, like Hugh Laurie, scored much better blows.

Then it occurred to me that the primary difference is that Laurie’s jab was more clever and indirect—“I accept this award on behalf of psychopathic billionaires everywhere”—whereas Streep’s was clumsy and direct (she even managed to insult MMA fighters and football players) .

If Streep had stuck to the first half of her script—the maudlin but touching ode to the multiculturalism of the actors in the audience that obliquely impugned Trump—she would have had a home run. But, alas, we don’t live in an age of subtlety. She opted for a full-frontal assault on the man who just got elected by tapping into resentment against “elites”.

Naturally, Streep’s attack prompted a response from the president-elect, a fact even more embarrassing than Streep’s crude assault.

Meryl Streep, one of the most over-rated actresses in Hollywood, doesn’t know me but attacked last night at the Golden Globes. She is a…..

Hillary flunky who lost big. For the 100th time, I never “mocked” a disabled reporter (would never do that) but simply showed him…….

The whole boring charade is 21st century media and politics in a microcosm: nasty, crude, and dull.