Has Society Forgotten How to Be Responsible? 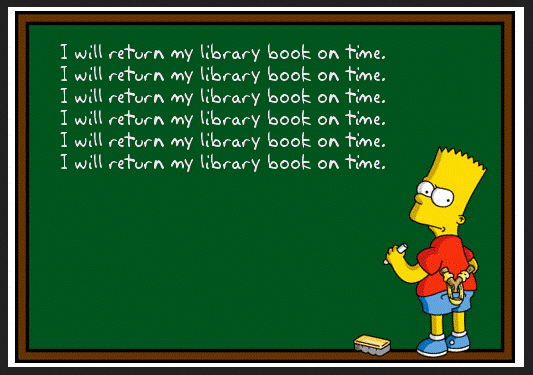 Every once in a while a story surfaces about a returned library book overdue by an obscene number of years. The incident is usually laughed over and the fine forgiven – much to the relief of all of us who secretly wonder what “overdue” items we might have hiding in our own houses.

Over the weekend, one of these stories surfaced in Intellectual Takeout’s hometown paper, The Star Tribune. The paper describes the incident as follows:

“Jon Kramer had returned to his parents’ Ontario homestead for research on a family cookbook when he stumbled upon two library books from his youth — each more than 40 years overdue.

The cooking and camping guides were checked out of Maryland’s Montgomery County Public Libraries in the early 1970s, meant to assist the family’s preparation for vacations to Minnesota’s Boundary Waters Canoe Area Wilderness (BWCA). By his count, the books had racked up a combined 85 years of late fees.”

But what made this story unique was the fact that Kramer and his siblings decided not to ignore or run from the late fees the two books had accumulated. Instead, they figured out how much they owed and sent a $1,552.30 donation to the library.

At first blush, such a story seems like simply another heartwarming tale that draws attention to the importance of reading and the service that libraries provide to the public. But I couldn’t help but notice the deeper lesson behind this one. In a word? Responsibility.

Kramer and his siblings really didn’t have to pay their library book debt, particularly as it has become a bit of an unwritten rule to let something like this be forgiven and forgotten. Yet they recognized the debt they owed, stepped up to the plate, and took responsibility to pay it.

What a far cry this is from the typical attitude in today’s society. Somewhere along the line it became okay to dodge responsibility and then blame someone else in the process. Student loans too heavy for you? Blame the colleges for inflated prices and then ask the government to foot the bill. Unable to face views different than your own? Claim that you’re a victim of racism, sexism, or some other -ism and demand a safe space to nurse your wounds.

Would we see a more functional, thriving population if more Americans began embracing responsibility in all areas of life instead of thrusting it off on others?