From Russia with Love? 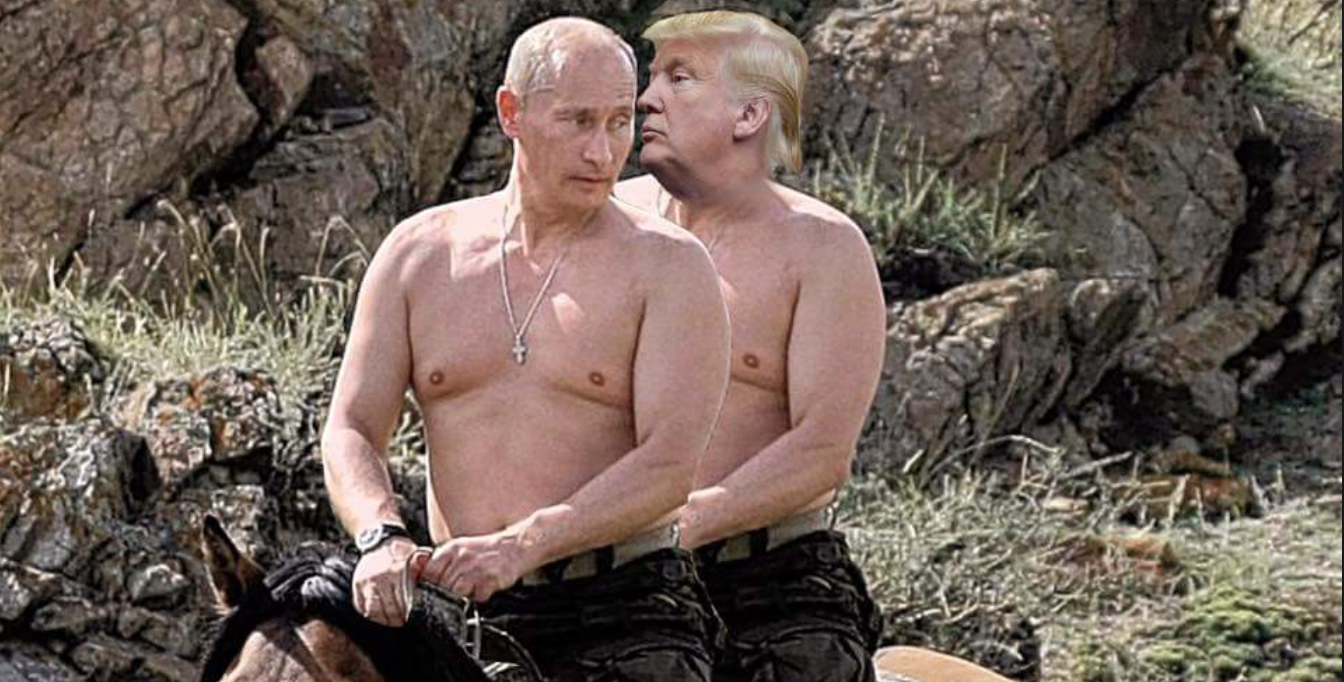 The buzz word of Barack Obama’s Presidential Election Campaign, oh so many eons ago, was “change”. What Americans want, we were told, was “change”.

Now as the sun sets on the Obama-Nation we move forward into a New Year with a new leader of a very different ilk at the helm. America, it seems, will certainly have “change” in 2017, though not perhaps in the manner in which Obama and the Clintons envisaged. Will it be change for the better or for the worse? A trump of triumph or a trump of doom?

Much will depend on how Trump manages America’s relationship with the wider world, a world which has certainly changed seismically in recent years. What will be the relationship of Trump’s America with a European Union which seems to be in meltdown? What will be its relationship with post-Brexit Britain? And what of the colossus which is China? Or the colossal threat of Islamic terrorism? Or the even more colossal threat of globalism? And what about the rise of Russia, or what might even be called its resurrection under Vladimir Putin?

With regard to the last of these crucial questions, there is no doubt that relations between Russia and the United States would have been strained to breaking point had Hillary been elected. Obama and the Clintons seem to have an irrational hatred of Russia. They hate Putin to such a degree that they were even happy to support neo-Nazis in the Ukraine, rather than explore sane alternatives to the crisis in the area. They hate Putin so much that they would rather back the forces of Islamist extremism in Syria than to join forces with Russia in the war against it.

If Barack Obama and Hillary Clinton would rather have Nazis and jihadist terrorists as bedfellows than a relationship of friendship with Russia, it is of little surprise that one of Obama’s last acts in the White House was to attempt to raise tensions between the United States and Russia by expelling alleged Russian “spies”. His hope, no doubt, was that Putin would respond in kind by expelling US diplomats as “spies”, thereby presenting Donald Trump with a political crisis as he begins his presidency. Thankfully, Putin refused to play the Cold War game and refrained from responding, as no doubt Obama had hoped, with an act of kneejerk reactionary retaliation. Incidentally, isn’t it ironic that it is the Democrats who are now the anti-Russian hawks seeking conflict with Russia and the Trump-style Republicans who are talking of peace and reconciliation, or what used to be called détente?

Happily, Obama is now largely irrelevant. What he thinks or feels about Russia is of little concern.

But what of Trump? It is good that he seems to seek friendship with Russia and not enmity, or, to employ the hippy jargon of a previous generation, it is commendable that he wants to give peace a chance. There is indeed an opportunity for Russia and the United States to forge a fruitful alliance, transcending the stereotypes of the Cold War which Obama and Co. seem intent on rekindling. As major players on the global stage, Putin and Trump could counterbalance the forces of globalism which seek to destroy all sovereign nations, large and small. The problem is that Trump and Putin have both built their reputations as being no-nonsense strong men who will not be intimidated by opponents. This is dangerous. If the two men work together, forming and forging a friendship, much good could be done. If, on the other hand, they square off, one big man looking the other in the eye in the spirit of belligerent intransigence, we will all be in big trouble. Let’s hope that the New Year will lead to friendship between Russia and America, which is at least possible under Trump whereas it would have been unthinkable under the hawkish Hillary. For that hope, at least, and for that possibility, we can be grateful.