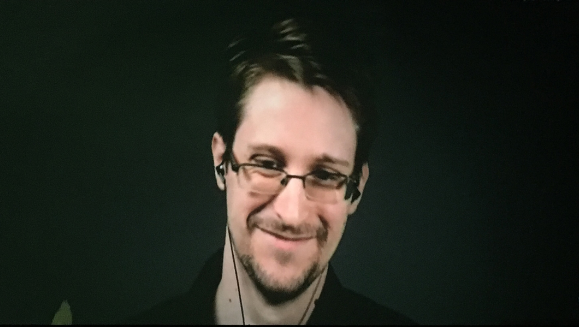 If you thought Edward Snowden was going to play nice with the Trump White House in hopes of receiving a pardon, you were sorely mistaken.

In case you missed it, the new White House is finding itself on the losing end of a petty squabble with the press regarding the size of, ahem, Trump’s inauguration crowd. The administration is (rightly) getting skewered for trotting out “alternative facts” (a phrase that will haunt the Trump administration) to dispute the media’s claim that prior inaugurations had larger crowds than Trump’s Jan. 20 gathering.

First among the skewerers was Snowden. The former NSA contractor-turned whistleblower hammered the administration in a series of blistering tweets (and retweets), including one that targeted incoming White House Press Secretary Sean Spicer. In his first press conference, Spicer stated Trump’s inauguration crowd was “the largest audience to ever witness an inauguration — period — both in person and around the globe” (it wasn’t) and denied the Women’s March in D.C. had more people in attendance (it did).

As part of the @FreedomofPress Foundation, let me say that so long as we have a Constitution, it will be the other way around. Count on it. https://t.co/iaYBUdPR09

It’s a highly inauspicious beginning to Trump’s presidency. Trump might have some legitimate beefs regarding how he has been covered by legacy media. But this fact only makes it all the stranger that he’d get suckered into this fight, a losing battle in which there is clear evidence to refute the White House’s claims. (A kind person might suggest the administration was merely confusing inauguration crowd size with viewership.)

Snowden and the press are right to hold the administration’s feet to the fire. If government leaders start getting away with fudging the small stuff, it will only embolden them to try to get away with telling whoppers like this:

Americans can only hope that the Trump administration learns something from this unforced error. Hopefully it’s the last time we have to hear a White House official use the Orwellian phrase “alternative facts.”