CIA Claims Russia Has Pervy Dirt on Trump. But Did They Get Trolled? 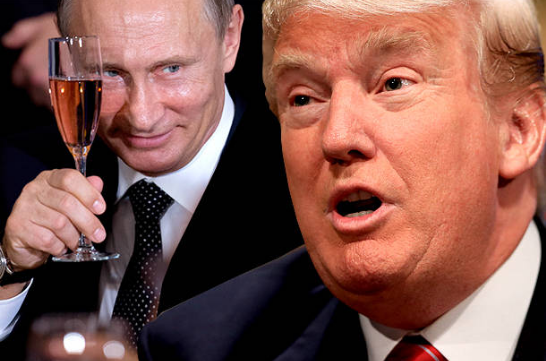 The claims, which come from an addendum to a CIA report compiled by a former British intelligence officer, assert that Moscow has been supporting Trump for years. It claims Trump cavorted with Russian prostitutes whom he paid to watch urinate (described in the report as “golden showers’).

The report’s existence comes as no surprise. Shortly before the November election, David Corn published a story noting its existence but left out specifics since he could not verify the allegations. But last night Buzzfeed published the report itself, including the messy details, which made the story go viral.

The problem is that Buzzfeed admits up front that “the allegations are unverified, and the report contains errors.” Buzzfeed Editor-in-Chief Ben Smith explained why he nonetheless decided to publish it.

Here’s the note I sent to @buzzfeednews staff this evening pic.twitter.com/OcAloWzVzb

If you think this publishing protocol seems dangerous and reckless, you wouldn’t be alone. David Corn, the liberal journalist who published the story in October without the sensational specifics, said it’s also unfair to the president-elect.

To complicate matters, Reddit users are sharing a 4chan post they claim proves the story was planted by a user as a hoax.

[An] anonymous 4chan user claims to have sent anti-Trump Republican strategist Rick Wilson fanfiction “about Trump making people piss on a bed Obama slept in.” Now 4chan users believe that this was the idea behind the scandal. And people on the sub-Reddit, r/The_Donald, believe this proves the sex act claims are fake.

In the /pol/ thread, an anonymous post from Nov. 1, the week before the election, reads: “So they took what I told Rick Wilson and added a Russian spy angle to it. They still believe it. Guys, they’re truly fucking desperate – there’s no remaining Trump scandal that’s credible.”?

Wilson denies being the source of the story.

Both Trump and Russia say the allegations are nonsense and another example of “fake news.”

Intelligence agencies should never have allowed this fake news to “leak” into the public. One last shot at me.Are we living in Nazi Germany?

If the story is a hoax, it will go down as one of the greatest ever pulled off. What do you think? Does Russia really have the goods on Trump or are we in the throes of a second Red Scare? All I know is my head is spinning.

[Update: Trump responded to the allegations in a press conference Wednesday morning.]