Americans are Charitable without the Government’s Help 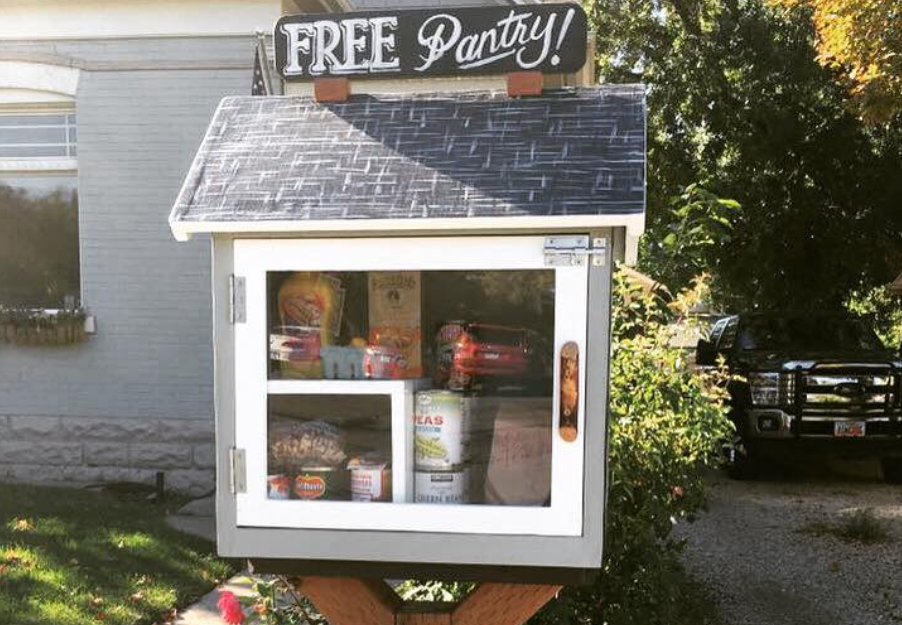 By now, we’ve all heard of the little free libraries proliferating across America. In all likelihood, one has even popped up in your own neighborhood, driven by a love of reading and an eagerness to give unwanted materials a second life.

But the little free library idea has spawned more than a love of reading. According to NPR, the concept now has a spinoff with the little free food pantry, otherwise known as a “blessing box” to one of its proponents, Maggie Ballard. NPR reports:

“The bright red box is about 2 feet wide and is mounted on a post near the street. Ballard and her son check on it every day and restock as needed.

‘My son is 6 years old, so it gives him a little chore to kind of watch it and see what comes and goes and who comes and goes, and maybe learn a little lesson from it,’ she says.

There’s a door on the front of the box but no lock, so anyone can take what they need 24-7. In the beginning, Ballard was providing all of the food. Then word spread and donations from the community starting [sic] pouring in.”

According to NPR, the idea originated with Jessica McClard of Arkansas, who attributes the popularity of the miniature food pantries to the ease with which they allow people to help their neighbor.

Alexis de Tocqueville noticed this same community willingness to aid those in need when he traveled to America in the mid-1830s. In his revered work, Democracy in America, Tocqueville wrote:

“WHEN men feel a natural compassion for their mutual sufferings — when they are brought together by easy and frequent intercourse, and no sensitive feelings keep them asunder — it may readily be supposed that they will lend assistance to one another whenever it is needed. When an American asks for the co-operation of his fellow-citizens it is seldom refused, and I have often seen it afforded spontaneously and with great goodwill. If an accident happens on the highway, everybody hastens to help the sufferer; if some great and sudden calamity be falls a family, the purses of a thousand strangers are at once willingly opened, and small but numerous donations pour in to relieve their distress. It often happens amongst the most civilized nations of the globe, that a poor wretch is as friendless in the midst of a crowd as the savage in his wilds: this is hardly ever the case in the United States. The Americans, who are always cold and often coarse in their manners, seldom show insensibility; and if they do not proffer services eagerly, yet they do not refuse to render them.”

There’s a great deal of talk in American politics today concerning how the government can best help the poor and erase inequality amongst its citizens. But given that the spirit of mutual aid which Tocqueville noted long ago seems to still be alive and well today, as evidenced by the little free food pantries, one has to wonder: Who is better to equipped to help the poor, bureaucracy or caring citizens?