A Lesson We All Can Learn from the Chicago Torture Case 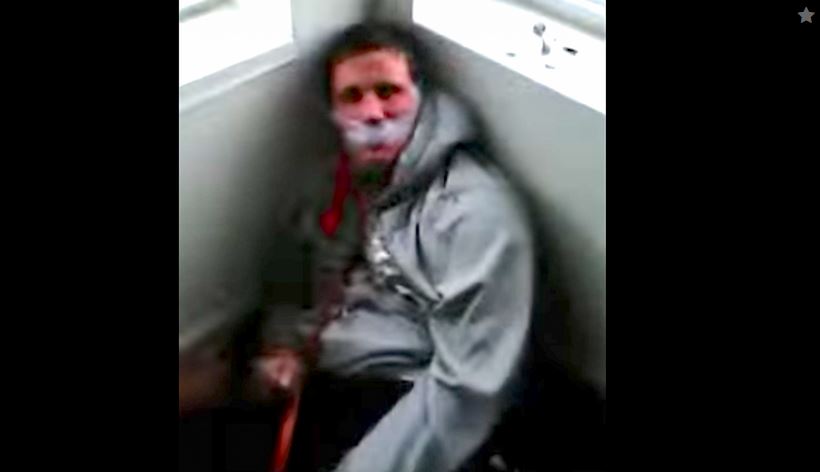 The kidnaping and torturing of a white, special-needs teenager by four black teenagers in Chicago has horrified the country. Details of the attack point to racial hatred, but Matt Walsh wonders if something “worse” also was behind the depravity of the attack. Walsh noted that on the Facebook video of the attack, the attackers weren’t angry; they were laughing and they were amused. The attackers seemed to be “having the time of their lives.” Walsh’s further speculates,

They didn’t abduct their victim and torture him because they had something against him. They abducted and tortured him because they thought nothing of him. They found his pain and fear to be utterly hilarious. It was all just a bit of recreation. They weren’t exacting revenge on an enemy — they were toying with an insect. They were pulling the legs off a grasshopper. The grasshopper happened to be a human being, but that distinction was meaningless in their eyes.”

In other words, the Chicago attackers didn’t see their victim as a human being; they saw their victim as an “It.” The Vienna-born philosopher Martin Buber, in his best-known work I and Thou, observed that we see ourselves in relation to others in one of two fundamental ways: “I-Thou” or “I-It.” Through the “I-It” lens, our fellow human beings are seen, as philosopher C. Terry Warner observes, as “objects existing primarily for our use.”  In extreme cases, such as the attackers in the Chicago crime, the rights and needs of others are no more relevant than those of an insect.

In contrast, through the “I-Thou” lens, we see others as individuals whose humanity is as real as our own. In Warner’s words, “We respect their hopes and needs as we do our own.”

Few reading this post are likely capable of heinous crimes, but have we been contributing to a world where some are seen as “Its”? Are their people whose humanity simply doesn’t matter much to us?

Before you say no, please consider for a moment these scenarios.

Working as a sales manager, you have never taken the time to acknowledge the essential support provided to the sales team by the administrative assistant. You justify your failure to acknowledge her good work with thoughts such as, I’ve been very busy. That’s just her job and she should be glad she has it.

One day she misses an important detail in a contract, and you loudly rebuked her in earshot of co-workers. When you began to feel guilty about your poor conduct you justified your behavior by reminding yourself why she deserved it.  Using Buber’s dichotomy, at that moment, you are seeing a fellow human being as an “It.”

In a different scenario you are returning home after making a sales presentation. Having returned the rental car, you are standing in a shuttle bus taking you back to the airport. Someone begins to inch toward the door before the bus stops at the terminal. Squeezing past you, he steps on your foot and seems oblivious about his actions. No real harm has been done, but you glare at him and curse silently. At that moment, are you denying the humanity of a fellow human being? Are you seeing him as an It?

How might your experience be different if, instead of being annoyed you sense this fellow traveler is anxious to get to the terminal? You remember heavy traffic on the drive to the airport; perhaps he is in danger of missing his flight. You’ve been there before; so you catch his eye and make a bit of small talk before the bus stops.

Daily, we stand at crossroads choosing to acknowledge or deny the humanity in another.

We can all remember times we’ve been so self-absorbed that others have been reduced to Its or obstacles. We can remember how we felt and the impact we had on others.

We also remember times we’ve allowed the full humanity of others to touch us. We can remember how we felt and the impact we had on others.

In making these comparisons, are there lessons we can learn about how better to live life?

Barry Brownstein is professor emeritus of economics and leadership at the University of Baltimore. He is the author of The Inner-Work of Leadership. He delivers leadership workshops to organizations and blogs at BarryBrownstein.com, and Giving up Control.