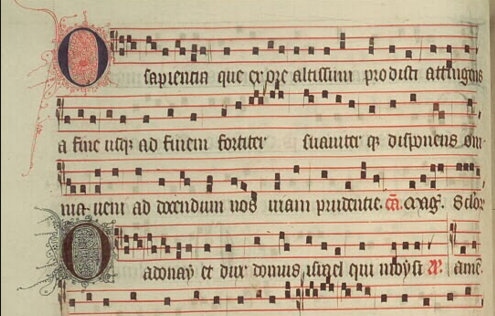 What you might not know is that it refers to a yearly tradition that begins on December 17 each year, namely, the “O Antiphons.”

It is the Christian belief that Jesus Christ was the Messiah, and that his coming was prophesied by special titles throughout the Old Testament. Seven of these titles form the “O Antiphons”—so called because they each begin with the vocative “O” (like in “O Canada”). They date back to at least the sixth century, and are used by many Christians during their evening prayer (Vespers) as a special preparation leading up to Christmas.

The titles are, in order:

Here is what the first antiphon for today (beginning with the highlighted “Wisdom”) looks like in the official Roman Catholic prayer book (a “breviary”):

One other cool thing… The titles were originally proclaimed in Latin, and their acrostic, read backwards, forms the Latin phrase “ERO CRAS,” which translated means “Tomorrow, I will be (there)”—a coded reference to Christ’s birth on the day after the antiphons end.