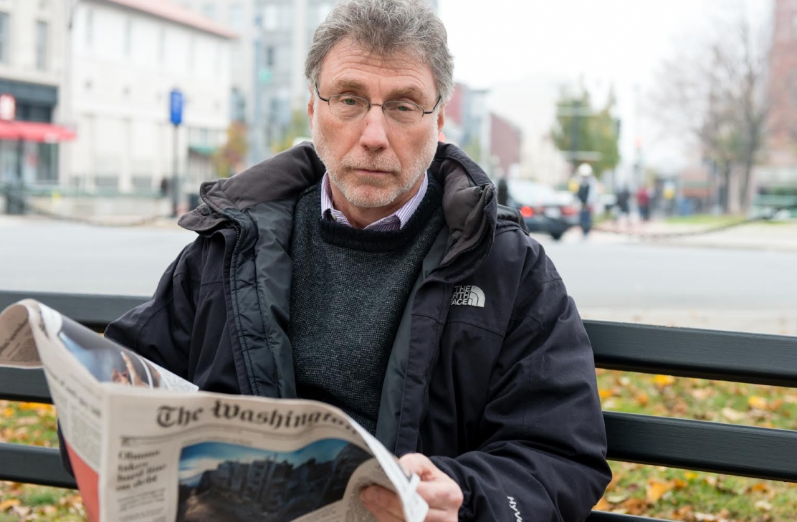 Earlier this week, Rolling Stone reporter Matt Taibbi took the extraordinary step of blasting one of America’s most distinguished media institutions in a story headlined: “The Washington Post ‘Blacklist’ Story Is Shameful and Disgusting.”

Taibbi slammed the Post for picking up a narrative spun by an anonymous “anti-propaganda organization” called PropOrNot. The shadow group, which has only existed for a few months, created a list of 200 sites it claims are working on behalf of the Russian government.

Taibbi is a liberal, but he’s no shill. And he took aim at the Post’s reckless decision to give credence to the anonymous group:

Outlets as diverse as AntiWar.com, LewRockwell.com and the Ron Paul Institute were described as either knowingly directed by Russian intelligence, or “useful idiots” who unwittingly did the bidding of foreign masters.

Forget that the Post offered no information about the “PropOrNot” group beyond that they were “a collection of researchers with foreign policy, military and technology backgrounds….”

What this apparently means is that if you published material that meets their definition of being “useful” to the Russian state, you could be put on the “list,” and “warrant further scrutiny.”

With its “list,” PropOrNot is channeling a form of McCarthyism we’ve not seen since, well, Joe McCarthy.

Unfortunately, coverage from the Post, one of the most distinguished media brands in the world, quickly gave PropOrNot a veneer of credibility.

New Yorker writer Andrew Chen was approached by PropOrNot to push the group’s blacklist. The story didn’t pass Chen’s smell test. But he writes how the Post’s coverage gave the story legs and credibility:

The story topped the Post’s most-read list, and was shared widely by prominent journalists and politicians on Twitter. The former White House adviser Dan Pfeiffer tweeted, “Why isn’t this the biggest story in the world right now?”

Chen points out that PropOrNot’s accusations “rest largely on innuendo and conspiracy thinking.” He continues:

To PropOrNot, simply exhibiting a pattern of beliefs outside the political mainstream is enough to risk being labeled a Russian propagandist. Indeed, the list of “propaganda outlets” has included respected left-leaning publications like CounterPunch and Truthdig, as well as the right-wing behemoth Drudge Report. The list is so broad that it can reveal absolutely nothing about the structure or pervasiveness of Russian propaganda.

The funniest part of the entire fiasco is that PropOrNot, which claimed to consist of an invisible army of national security professionals, journalists and political activists, appears to be little more than a rude millennial with an internet connection. Take a look at the group’s Tweets in response to criticism:

“Awww, wook at all the angwy Putinists, trying to change the subject – they’re so vewwy angwy!!” it wrote on Saturday in a tweet now deleted. And then there is this:

Fascists. Straight up muthafuckin’ fascists. That’s what we’re up against. Unwittingly or not, they work for Russia. http://bzfd.it/2fo3ew7

I asked some former colleagues who now work at prominent mainstream media organizations how the Post could run such a shoddy piece of journalism. “The story has some serious problems,” one responded. “Pretty surprised it passed through senior editor approval.”

Taibbi offered a similar assessment: “Any halfway decent editor would have been scared to death” by the story.

Yet it was published. Why?

I think the answer can be found in a story I published earlier this year headlined, “American Journalism Collapsing Before our Eyes.”

With the rise of Trumpism, we’ve seen media institutions transform into nakedly partisan institutions. Even many journalists have come to the realization. For them, however, it’s just another thing to blame on Donald Trump.

In a stroke of irony, on Monday Post executive editor Marty Baron was in New York to receive the Hitchens Prize. While there he offered some advice to journalists working in the Trump era.

“The answer, I believe, is pretty simple. Just do our job,” Baron said. “Do it as it’s supposed to be done.”