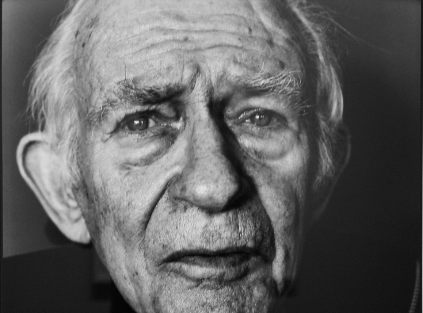 My wife’s sister, we’ll call her Wendy, is a fellow book worm. She likes to pick my brain for recommendations whenever we drop in around the holidays to enjoy their hospitality on “the farm.” (They grow cranberries on a spread in central Wisconsin.)

Suggesting books is a job I relish, but of late it has been getting tougher. I have three small children, a full-time job, and less time to read than ever before. We’ve been visiting three or four times a year—Easter, 4th of July, Thanksgiving, and Christmas—for a decade or so, and my recommendations are growing thin.

Over spiked eggnog on Christmas Eve, Wendy asked me what I had for her.

I thought it over. “You already read The Executioner’s Song, right?”

When she replied that she hadn’t, I got excited. Norman Mailer’s Pulitzer Prize-winning masterpiece is one of the top five books I’ve read in any genre. In my opinion, it’s the best nonfiction novel ever written.

Capote fans will argue In Cold Blood is better. My reply is this: Truman Capote might have created the nonfiction novel, but Norman Mailer perfected it.

For those who are not familiar with Mailer’s book, The Executioner’s Song is a messy criminal odyssey that tells the story of Gary Gilmore, a convict released on parole who returns to Utah to begin his life anew with the help of some family members. It doesn’t go well. After struggling to reintegrate himself into civil society, Gilmore commits two separate murders for no apparent reason. He is caught, charged, found guilty, and sentenced to die. (Gilmore actually demands to die.)

The book is a masterpiece for many reasons, but what is most striking is the depth and scope of the world Mailer conveys. There is enough material in Mailer’s work to make six great books, and the stories are told with unsurpassable restraint.

The writing is at times so simple and direct that one is tempted to believe that Mailer realized the material he had was so compelling that it took no artistry to tell. But that would be a disservice to Mailer and imply something that is not true: The Executioner’s Song is poetry, high art that captures all facets of Gilmore’s life and those he touches—the beautiful and the ugly, the hope, dysfunction, horror, and pain. It’s all revealed matter-of-factly, and the reader can only watch it unfold, helplessly.

If you’re looking to start a great book, I highly recommend it. It’s a pretty long book, but the story moves with such pace it feels like a novella.

But be warned: the book is not for the faint of heart. Many good, honest people are found within the pages, but the book also captures and exposes the nasty underbelly of a culture in great detail, too great, perhaps, for many readers.