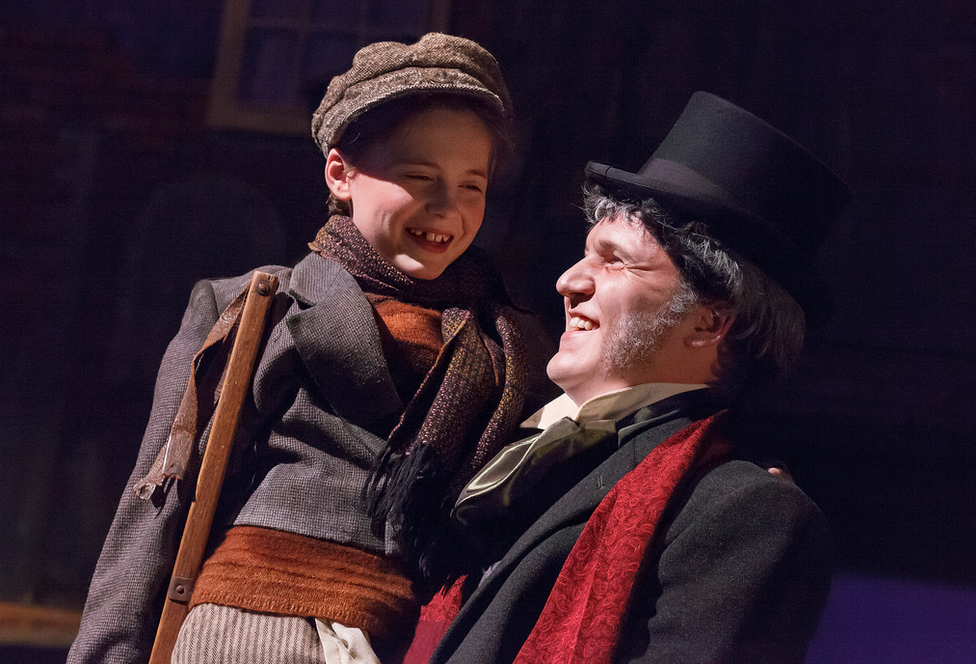 A friend of mine recently relayed the story of how his daughter came home from kindergarten saying “excuse you” to anyone who sneezed.

“I think you mean ‘God bless you,’” he gently prompted her.

“No, my teacher says to say ‘excuse you’ when someone sneezes,” came her response.

According to news out of Pennsylvania, sneezing may not be the only time the “God bless you” phrase is taboo. Tiny Tim’s famous line of similar words has also become questionable:

“Centerville Elementary School students perform ‘A Christmas Carol’ each year. This year, though, the students will not bring the Charles Dickens classic to the stage.

It began when the school received complaints about the line ‘God bless us, everyone.’

Hempfield School District leaders confirm the original complaints are what led to an examination of the play that ended with its cancelation, but they claim it was not canceled because of the line, but because it took 20 hours of classroom education away from students.”

Another local publication followed up on the story, reiterating the idea that the play was canceled both because of religious sensitivities and the fact that the play did not fit in with the state’s curriculum standards:

“Over the years, preparations had evolved to take 15 to 20 hours of instructional (educational) time to produce this play. Given changes in state standards in recent years, we could not defend the commitment of this kind of instructional time to something not part of the fifth grade curriculum. The teachers agreed that they did not want our students to be put at a disadvantage relative to their peers from other schools in preparation for 6th grade; therefore, the play was cancelled. In addition to focusing on high quality instruction, our decision is rooted in the desire to be respectful of the many cultural and religious backgrounds represented by the students attending Centerville Elementary.”

At this time of year, the fact that political correctness played a role in the cancellation of the play is infuriating to many, particularly those who believe there is an all-out war on Christmas.

But let’s set that aside for a moment and focus on the main reason school officials gave for the cancellation, namely, limited instruction time.

It’s certainly true that instruction time has become a precious commodity in recent years as teachers have been forced to make room for standardized tests and other demands made by education bureaucrats. But is this instance just one of many signs that the top-down directives are getting to be too much and are killing the accumulation of knowledge in today’s students?

Think about it for a moment. The play Centerville students were set to put on comes from one of the great works of Western Civilization’s literary canon. Dickens’ A Christmas Carol has been quoted and parodied in everything from cartoons to presidential speeches. If it becomes a trend to push it aside whether because of limited time or religious insensitivities, will our students become even greater victims of cultural illiteracy?