More Votes than Voters Found in 37% of Detroit Precincts 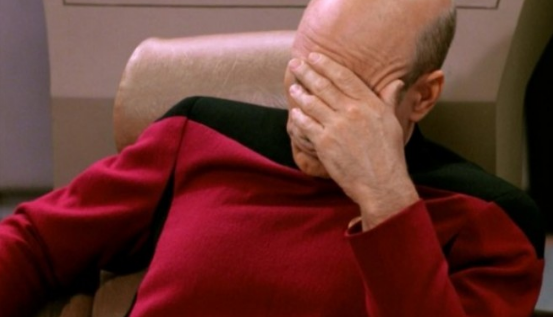 Green Party presidential hopeful Jill Stein has taken some heat for demanding recounts in Wisconsin, Pennsylvania, and Michigan. It turns out we may owe her a debt of gratitude.

Via The Detroit News:

Voting machines in more than one-third of all Detroit precincts registered more votes than they should have during last month’s presidential election, according to Wayne County records prepared at the request of The Detroit News.

Detailed reports from the office of Wayne County Clerk Cathy Garrett show optical scanners at 248 of the city’s 662 precincts, or 37 percent, tabulated more ballots than the number of voters tallied by workers in the poll books….

“There’s always going to be small problems to some degree, but we didn’t expect the degree of problem we saw in Detroit. This isn’t normal,” said Krista Haroutunian, chairwoman of the Wayne County Board of Canvassers.

Here’s what this means. In 248 Detroit precincts, there were more votes than registered voters. So either one-third of Detroit’s precincts screwed up or were engaged in voter fraud. (Hillary Clinton won 95 percent of the vote in Detroit.) I’m really not sure which of these scenarios is more disturbing.

For now, state officials are saying they do not believe voter fraud took place. “We don’t have any suspicion of fraud. We generally approach this as human error,” Chris Thomas, who oversees elections in Michigan.

Over at Fox, Judge Andrew Napolitano said the irregularities appear to be “organized” and “government involved” voter fraud.

The New York Times said … nothing. No report. (Though they ran an Associated Press piece on the irregularities.) Perhaps this is because the editorial board on Dec. 5 ran an editorial headlined, “Why Does Donald Trump Lie About Voter Fraud”.

I bring up the Times for a reason. They not only stubbornly refuse to acknowledge that voter fraud is possible in modern America; they actually sneer at those who do.

I’m not someone who gives Trump’s reckless comments about voter fraud a pass. If you’re going to claim that “millions” of voters cast ballots illegally, you should have some evidence to back it up. But Trump seems to think that facts are for losers.

Still, the president-elect’s comments are no more reckless, disingenuous, or self-serving than those of the Times, who continue to claim that voter fraud in the U.S. “never” happens—even as dead voters were found voting in multiple swing states, political operatives were discovered registering dead voters, and one-third of Detroit’s precincts have more votes than registered voters. (One wonders if audits in other major cities would turn up similar results.)

A note to the editorial board of the Times. Refusing to see something doesn’t mean it doesn’t exist. And in light of the facts, perhaps it’s time to stop looking at Americans who express concern about voter fraud as tinfoil hat-wearing boobs.

While it’s too early to say for certain whether or not the mess in Detroit is the result of fraud or incompetence, the episode is sure to further erode the waning faith Americans have in election integrity. That should be troubling to all Americans.

We should be able to acknowledge that we don’t really know the extent of voter fraud in the U.S. Dispense with the wild estimates and categorical denials. Then we can work together to find constructive ways to begin restoring faith in U.S. elections.