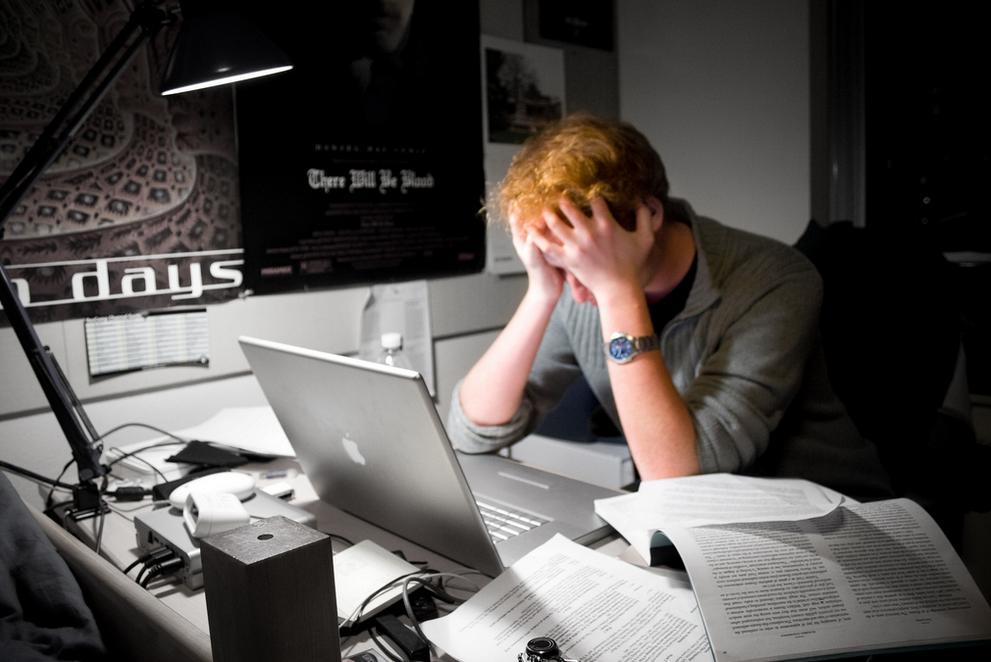 In recent months I’ve noticed a muted, but recurring, message emanating out of college English departments. That message comes from a few bold English professors who insist that today’s college students “can’t write a clear sentence to save their lives.”

The latest to sound this alarm bell is Rick Diguette, an English professor at Georgia State University Perimeter College. In a recent opinion piece for the Atlanta Journal Constitution, Diguette wrote:

“With each passing year more and more of my students cannot make a convincing argument from available facts, and cannot easily distinguish between fact and falsehood.”

Such a scenario, Diguette explains, is the outgrowth of the following problems:

As Diguette implies, many of the students who come to him in college are sorely lacking in knowledge of basic reasoning and writing skills. And without that foundation, Diguette says, it’s almost impossible to teach his course without dumbing it down:

“[I]t is much easier to accept that my standards no longer align with what is expected of high school students than it is to work at bringing them up to those standards.  How in 15 short weeks can I possibly undo the harm that’s been done by teachers who ignore the glaring writing and thinking faults I regularly encounter?”

2. An Absence of Critical Feedback

Professors like Diguette are also running into problems with the participation trophy mentality which pervades the current generation. As a result, offering constructive criticism when editing has become quite difficult:

“[H]ow can I possibly convince these students that my assessment of their writing is valid when their high school teachers led them to believe something very different?  After all, they’ve got a diploma to prove it.”

According to Diguette, professors who try to help their students improve – in spite of the difficulties – are often prevented from doing so by pressure to keep up appearances of a successful college:

“[R]etention and graduation rates now loom so large on the higher education horizon that everything else is dwarfed by comparison. Data is collected and disseminated regarding the A-B-C rates of professors like me, the implicit message being that if too many students fail to receive passing grades the onus is on me to address that. And some of my colleagues have addressed that by seeing to it that as many as 90 percent of the students in their classes receive an A. As any statistician will tell you, there’s something wrong with that number.”

Is Diguette right? Are we churning out a generation of poor thinkers and communicators simply because we’re more concerned with keeping up appearances than implementing knowledge?