5 of the Coolest Biblical Archaeology Finds from 2016 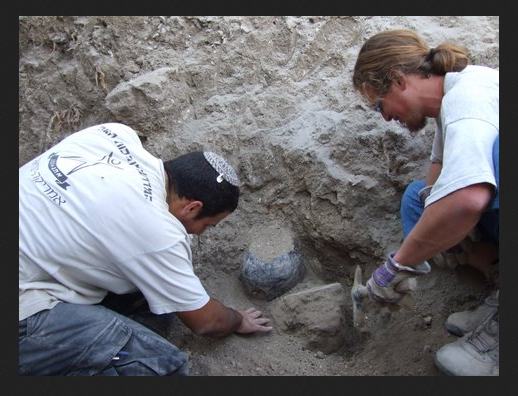 One of the fun things about reaching the end of the year is the opportunity to be both reminded of events forgotten and alerted to news items that one may have missed.

I had the latter experience when I read about a few interesting archaeological discoveries that occurred in 2016.

The Temple Mount or Dome of the Rock in Jerusalem has long been a point of contention between Jews and Muslims, and for that reason, excavation on the site has been difficult. However, 2016 found authorities working together to find a number of small artifacts from the time of the First Temple (circa 8th to 6th century B.C.). The Times of Israel reported:

“‘It’s the first time that we’ve found artifacts from this period in situ on the Temple Mount,’ Yuval Baruch, the head of the Israel Antiquities Authority Jerusalem region, said Thursday of the discoveries. ‘As far as the biblical period is concerned, the Temple Mount is a tabula rasa, nobody knows anything,’ said Baruch, who headed the archaeological work. It’s still ‘very limited,’ but the tiny fragments of clay and bone are at least something: ‘It exists.’”

Using fragments found on the Temple Mount in Jerusalem, 2016 saw the first reconstruction of tiles once used to decorate the Second Temple. According to Israel Hayom, the tiles were “a gift from Caesar Augustus to King Herod,” two individuals described in the Christmas story in the biblical book of Luke.

The year 2016 also saw the excavation of a stone waterpot construction site. This find, located close to the biblical city of Cana where Jesus is reported to have turned water into wine in similar pots, “is the first stoneware manufacturing site of its kind to be found in the Galilee from the Second Temple Era.”

4. A Burnt Scroll of Leviticus

Although the scroll was discovered years ago, archaeologists had been unable to examine it until the recent arrival of digital imaging technology. According to the Times of Israel, this technology enabled scholars to read the scroll and make the following discovery:

“The text discovered in the charred Ein Gedi scroll is ‘100 percent identical’ to the version of the Book of Leviticus that has been in use for centuries, said Dead Sea Scroll scholar Emmanuel Tov from the Hebrew University of Jerusalem, who participated in the study.

The Times of Israel explains that this toilet was found in the excavation of the city gates of Lachish and is believed to be part of the religious reforms of the biblical King Hezekiah. The toilet would have been a sign of desecration to the gates, which doubled as a shrine to a false god. Live Science elaborates:

“Moreover, the new discovery illustrates ‘how biblical tales that are known to us become historical and archaeological stories’ as research progresses, said Ze’ev Elkin, who serves as minister of Jerusalem affairs and heritage and environmental protection as well as a member of the Knesset, the Israeli parliament.”

I found that last statement rather fascinating, particularly in a year in which the Bible first made it on to the list of most banned books in U.S. libraries and schools. If knowledgeable scholars like those above are recognizing the Bible as an important source and testament to history, should we be so quick to remove it from our halls of learning? Even if some decide to reject it as a source of religious truth, should we at least recognize the cultural and historical void its removal will bring to society?