Would the Pentagon Benefit from a ‘Philosopher-in-Chief’? 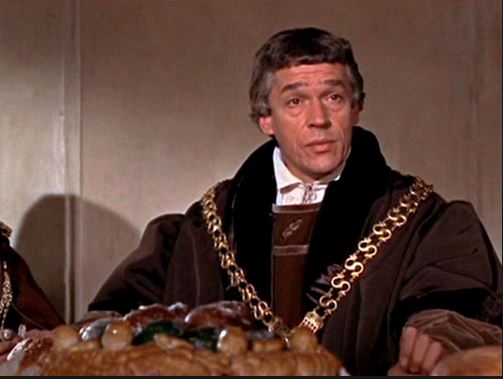 Would the Pentagon benefit from creating a position for a philosopher?  Franz-Stefan Gady, an editor for the Diplomat, says yes.

It’s an interesting question. My first thought was this: What would a philosopher actually do in such a role? Gady offers an answer:

The philosopher’s job—true to the Socratic tradition—would be to ask “simple” questions. However, instead of focusing on essential issues such as the nature of Justice or the Good, the Pentagon philosopher would repeatedly pose questions such as, “What is a military?” or “What is victory?” His/Her job in a nutshell, would be a professional gadfly beyond anything red teaming bureaucrats and military analysts in the Office of Net Assessment could fathom.

Like Socrates, he/she would identify and question sophistry (much of Plato’s writing is a critique of intellectuals who promote and capitalize on the “truth”). He/she would subject conceptual dogma such as the Third Offset Strategy, AirSea Battle, Anti-Access/Area Denial (A2/AD) to the skeptical examination of philosophical inquiry (e.g., if the Third Offset Strategy tries to offset the advantages of all of our adversaries, is it not also logically true that we will never be able to offset any one adversary in particular?).  He/she would move beyond the confined analytical space of the Pentagon in which rules and ideas are applied to fit senior policy makers’ thinking. In short, he/she would rigorously apply critical thinking free from bureaucratic confines to examine what is best for the military and the country beyond conventionally accepted norms.

In theory, the philosopher would slash through the bureaucratic structure of the Pentagon and operate as a balancing force against “the military-industrial complex.” He or she would ask questions that would help the nation clearly define its mission and emphasize the telos of the military apparatus (it’s a killing machine), which would help the U.S. avoid mission creep and unjust wars.

All of that sounds great. But while I wouldn’t be opposed to the Pentagon adding a role for a philosopher, I have my doubts that a philosopher-in-chief would shape or influence the Pentagon in a meaningful way.

In our current governmental structure, it’s difficult to imagine a philosopher having any real power. War-making power would still rest with the president and Congress. And if a philosopher-in-chief should prove meddlesome, he or she would be easily disposed of; the Secretary of Defense has broad powers under federal law, and the secretary serves at the pleasure of the president.

Gady seems to grasp this. Beyond asking questions to clarify what types of military adventures the government should and should not become involved in, he states that the philosopher-in-chief “would mentor the insiders by means of his trans-historical vision and his dedication to the possibility of truth.”

Could generals, like almost anyone, benefit from the teachings of a wise philosopher? Sure. But color me skeptical of the idea that having a philosopher in the Pentagon would overcome realpolitik (or, for that matter, politics).

From the little time I spent in Washington, D.C., it seems far more likely that he or she would pull down a six-figure salary for showing up at meetings, offering advice, and doing the occasional interview with NPR.

What do you think? Would there be actual benefit in having a position for a philosopher in the Department of Defense?