What is the Alt-Right? 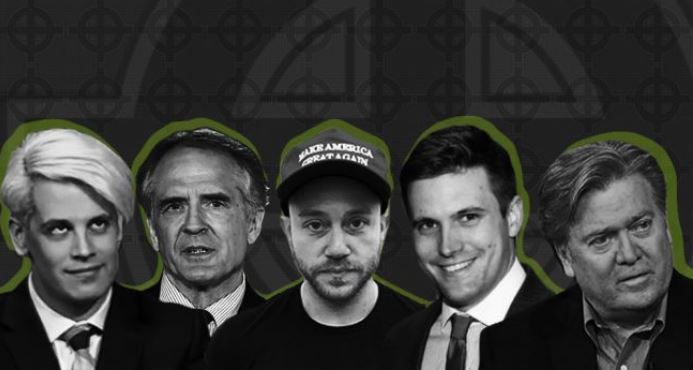 A lot of ink has been spilt of late tying Donald Trump to the alt-right, a loosely affiliated group of far-right bloggers who champion white power and criticize mainstream conservatism. Some call the alt-right’s members ‘neo-fascists’; others label them “reactionaries”; and the more sophisticated commentators know them as ‘neoreactionaries’ in the army of the “dark enlightenment.” Sounds pretty scary, right?

Trump’s opposition to open borders, multiculturalism and political correctness align him ideologically with the alt-right. His sexist and Islamophobic slurs give him additional cred among its ranks. But to call Trump an alt-right ideologue would be absurd. Paleo-conservatives, like Newt Gingrich, see Trump’s identification with the alt-right as a media conspiracy. Trump still has a taste for some elements of the old conservativism, which the alt-right rabidly rejects.

According to Rosie Gray of BuzzFeed, paleo-conservatives are just too pro-establishment for the alt-right: “The alt right’s real objective, if one can be identified, is to challenge and dismantle mainstream conservatism. It’s in part responsible for the spread of the ‘cuckservative’ slur … and has come to define a far-right contempt for conservatives they view as weak or sellouts—often those who oppose Trump.”

Perhaps describing the alt-right as Trump’s ally of convenience would be more accurate. They helped rally Trump’s base during his presidential campaign. They attacked Republican House speaker Paul Ryan for refusing to endorse Trump. As President-elect, Trump appointed Steve Bannon, executive chairman at Breitbart News, the home of the alt-right, as his chief political strategist.

What is the dark enlightenment? Sometimes referred to as the “neoreactionary movement” its supporters oppose democracy, defend traditional hierarchies (including old-fashioned gender roles and racial superiority), reject Enlightenment notions of tolerance and equality, and embrace authoritarian (even fascist) political structures. Many are reformed libertarians who gave up reading Hayek and Mises, deciding that the real determinants of our political and economic reality are power and tradition, not freedom and choice.

According to Matthew Walther, the movement began with a computer geek who had a penchant for writing code and unorthodox political theory:

“…the Dark Enlightenment is the brainchild of Curtis Yarvin, a computer programmer who generally writes under the ridiculous nom de guerre Mencius Moldbug. His followers dwell in the shadows. […] They lust after Bitcoins and brood over the relationship between I.Q. and race. They call their online noisemaking ‘black magic.’”

English philosopher Nick Land sees the concatenation of “dark” and “enlightenment” as philosophically insightful “because enlightenment is self-confirming, its revelations ‘self-evident’, and because a retrograde, or reactionary, ‘dark enlightenment’ amounts almost to intrinsic contradiction.”  Evoking ideas of contraction (dark ages) and progress (enlightenment), the dark enlightenment suggests that progress is pointless. Sounds deep, right?

Michael Anissimov has distilled the alt-right’s philosophy (if we can call it that) into six basic commitments:

So, what should we make of the alt-right’s neoreactionary theory of the dark enlightenment? It’s part scary. Part silly. Part deep. But no one can deny its influence. So, it’s definitely worth a look.