Sorry, There Was No Wave of Trump-Inspired Violence or Hate Crimes 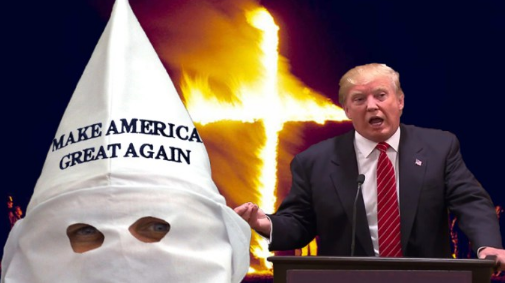 We recently wrote about the Louisiana student who reported that she was attacked by a man in a Donald Trump hat. The story quickly went national, but after a brief questioning by police the woman admitted the story was false.

I offered some reasons as to why someone might create such a story, though I’ve tried to avoid drawing too much from an isolated case of “fake hate.” But the headline of Elizabeth Nolan Brown’s article at Reason seems to confirm what I suspected: “There Is No Violent Hate-Crimewave in ‘Trump’s America’”

Now, Reason is hardly a bastion of Trump support, and Brown makes it clear she finds many of Trump’s policies to be a threat to the nation. But her article makes a strong case that the vast majority of the Trump-induced violence and terror stories have been declared unsubstantiated or false.

This is not to say, of course, that hate, racism, or bigotry do not exist in America. They do. One reader, for example, recently shared with me a story involving a black student who received racist messages. FBI officials are currently investigating the case. And anyone with an internet connection is aware that some 275 people recently met in Washington, D.C., to celebrate “white power.”

Evidence of bigotry and racism can be found every single day in America; it comes in all shapes, colors, and sizes. This was true before Donald Trump was elected president, and it will be true when he leaves office.

What Brown is getting is that most of the ugliness we’ve witnessed in the aftermath of Trump’s election has been manifested in the usual ways.

The “hate acts reported across the country” in the wake of Trump’s victory seem mostly relegated to graffiti at a few schools and one carjacking which may or may not have had anything to do with racial or religious prejudice.

This is of course still troubling. And make no mistake: When acts of racism or hate are displayed, we have a responsibility to condemn those acts.

But there is something else troubling here, too. In the wake of Trump’s victory, there seems to be a widespread and pervasive eagerness to believe that acts of hate are happening. The pattern Brown presents in her article is consistent. An attack is reported. It goes viral on social media. As soon as law enforcement or authorities look into the alleged attack, the story unravels.

There is plenty of room to critique Donald Trump; we’ve done it here on many occasions. But the Trump-inspired hate wave narrative says nothing about the president-elect; it speaks only to the people perpetuating the false narrative and bogus stories.