Snowden: Stop Putting So Much Faith (and Fear) in Presidents 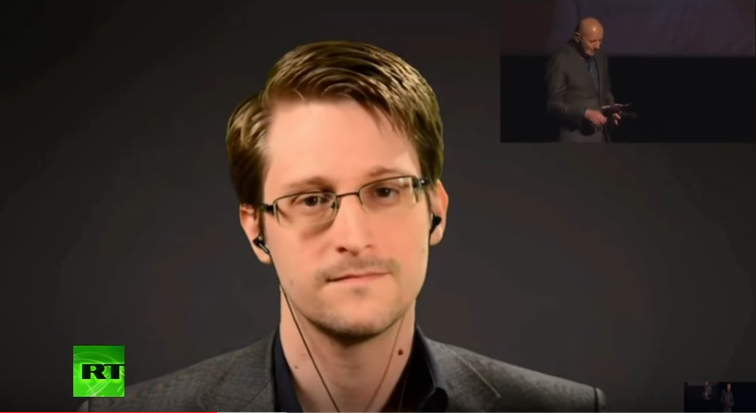 Whistleblower ?and former NSA contractor Edward Snowden remains a fugitive at large, but that didn’t stop him from popping up and chiming in on the recent presidential election.

Snowden, who in 2013 blew the lid on the NSA’s massive covert surveillance program, recently appeared on camera via livestream to talk about privacy in an event hosted by StartPage.

Naturally the topic of Donald Trump came up a few times. At one point Snowden was asked “if the outcome [of the election] was better or worse for your case.” (I presume the question was referring to Snowden’s prospect of receiving a presidential pardon.)

Snowden deflected the part of the question that spoke to a possible pardon, saying the election was not about him. But as he continued his response got interesting.

After criticizing the authoritarian tone of the campaign, Snowden said people should stop focusing so much on presidents.

This is the thing I think we begin to forget when we focus too much on a single candidate. The current president of the United States, President Barack Obama, campaigned on a platform of ending mass surveillance in the United States. He said no more warrantless wiring tapping. He said he’d investigate and end criminal activities that had occurred under the prior administration… And we all put a lot of hope in him because of this. Not just people in [the United States]… but people in Europe and elsewhere around the world. It was a moment where we believed that because the right person got into office everything would change. But unfortunately, once he took that office we saw that he actually didn’t fulfill those campaign promises.

“We should be cautious about putting too much faith or fear into elected officials,” said Snowden. “At the end of the day, this is just a president.”

He said if people want to change the world, they should look to themselves instead of putting their hopes or fears in a single person. “This can only be the work of the people,” Snowden said. “If we want to have a better world we can’t hope for an Obama, and we should not fear a Donald Trump, rather we should build it ourselves.”

Snowden makes a great point, and I found his choice of words interesting.

He says people are putting too much “faith” in politicians. Faith. It has occurred to me on more than one occasion that people increasingly treat politics as a religion and political leaders like gods or demigods. Modern man looks to political leaders for hope and sustenance, and often blames them (in their hearts, if not in words) for their pain and misfortune.

Would America not be a better place if people more often looked inward instead of putting their hopes and fears in some distant leader? Would we not be better people if we did so?