Obamacare Failing Before Our Eyes 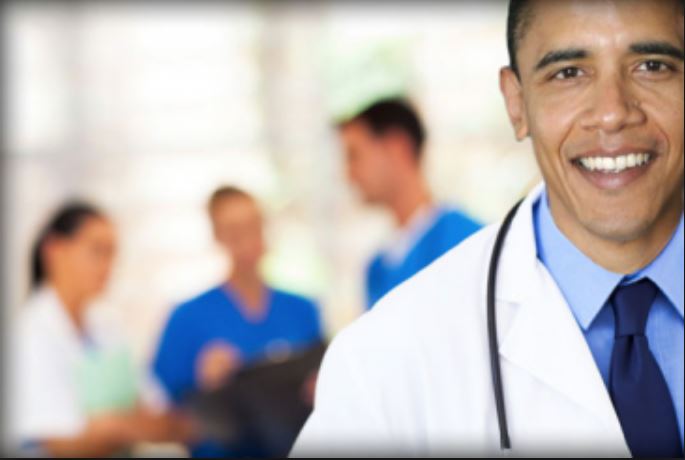 Health care insurance premiums will increase significantly next year as a result of the Affordable Care Act, and many consumers will be left with access to only a single insurance provider, according to administration officials. Arizona will see the biggest spike in prices (a whopping 116 percent), while Oklahoma will see a spike of 69 percent and Tennessee, Minnesota, and Alabama will see spikes of around 60 percent. The national average will be about 25 percent, the administration says.

Columnist Mary Katharine Ham wrote recently about how “My Defective Obamacare Health Insurance Product Just Blew Up.” Last year, her insurance plan’s cost went up by almost 60 percent. The plan had been purchased on the Affordable Care Act “marketplace.” This year, things got much worse:

My premium is going up 96 percent. Ninety-six percent. My monthly payment, which was the amount of a decent car payment, is now the size of a moderate mortgage. The president refers to these for thousands of citizens as “a few bugs” when to us it feels like a flameout.

For this astronomical payment, I get a plan with an astronomical deductible that my healthy family of three will likely never hit except in the most catastrophic of circumstances.

Before Obamacare, she, like many other people, had a better plan at a lower price:

During the run-up to Obamacare, President Obama referred to these plans as “junk” plans, but my family and I received perfectly good care and service through them. We were responsible, healthy citizens consuming a small amount of health care, paying out of pocket for most of it, and making sure we weren’t deadbeats should something catastrophic come to pass. Our health insurance was a rational and responsible purchase.

But thanks to Obamacare, that plan no longer exists, even though Obama got Congress to approve Obamacare by falsely claiming that “If you like your health care plan, you can keep it.” (A claim that even biased left-leaning fact-checker PolitiFact later called the “lie of the year.”)

As Grace-Marie Turner of the Galen Institute noted in the Chicago Tribune:

That means family coverage costs $4,400 more today than before the health law passed in 2010. So much for President Barack Obama’s promise families would save $2,500 a year.

Further, the Government Accountability Office found the Obamacare website is a magnet for fraud. The office created 14 fictitious enrollees who were approved for $60,000 in health insurance subsidies.

Turner argues that an expansion of Obamacare recently suggested by Hillary Clinton would “double down” on its failures, replicating on a much larger scale the flaws of the health insurance cooperatives created by the Affordable Care Act. According to Turner, the co-op program cost taxpayers $2.4 billion, but 17 of the 23 state co-ops have failed.

Obamacare has already reduced employment in most states by between 1.5% and 3%, according to Georgetown University’s Tomas Wind. The law will slow economic growth over the next decade, costing the nation about 2.3 million jobs and contributing to a $1 trillion increase in projected deficits, the Congressional Budget Office said in a report released in 2014.