How the Desire for ‘Moral Purity’ Divides Us 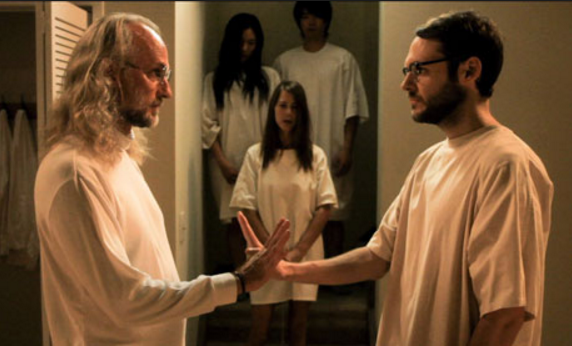 In the wake of Donald Trump’s election, the overwhelming response among progressives was “how in the world did this happen?” Those of us who study the rise of political and moral polarization in the United States, however, were less surprised.

Think of the people you choose to spend time with – your romantic partner, your close friends. What is it, exactly, that draws you to them? And, what is it about the people you don’t like, the people you actively avoid – the self-righteous uncle you unfriended on Facebook during the presidential election, or the acquaintance whose number you “accidentally” misplaced – that repels you from them?

On a case-by-case basis, the answers to these questions seem to vary widely. You do not love your boyfriend for the same reasons that you love your friends, and there could be myriad reasons why you dislike that self-righteous uncle. And yet, if you step back and consider all of the people you spend time with, you would likely notice something peculiar – these people are remarkably similar to you.

They probably share your political views, come from similar cultural and socioeconomic backgrounds, and have the same amount of education. As uncomfortable as it might be, this phenomenon can be explained largely by a single tendency: We tend to like people who are like us. This tendency, known as homophily, or love of the same, plays a large role in determining whom you like across a wide range of identity-defining characteristics. This includes race, ethnicity, age, social class, education and political beliefs.

Our moral values also have a powerful influence over whom we are close to and whom we avoid. In fact, we are even more likely to avoid people who hold different moral values than us than those of different racial backgrounds.

We are social psychology doctoral students who study group differences in moral values. Through interdisciplinary research, we have found that moral homophily – or a preference for people who share our moral values – also determines whom we prefer to spend our time with and which political party we endorse.

While most people agree that values from all of these foundations are at least somewhat relevant to morality, people differ, often dramatically, in the degree to which they make each foundation and its associated values a priority.

For example, liberals tend to primarily endorse upholding the virtues of fairness and care, while conservatives endorse all five of the foundations, including loyalty, authority and purity.

We wanted to know, if people group together into communities of shared values, are there some values that lead us to distance ourselves from dissimilar others the most? We find in our research that a specific class of moral values related to concerns about purity – our spiritual beliefs, definitions of the soul, what we perceive to be “dirty” or “clean” and which baser instincts we feel we must transcend – plays a central role in homophily.

Purity as the moral divider

For our research, we collected tweets from 220,000 Twitter users during the 2013 United States government shutdown. Using a new big data computational method for automatically analyzing text, we measured how much each Twitter user talked about each of the five kinds of moral concerns in their tweets.

Then, we investigated their social networks – the people they follow – up to five degrees of separation. We found that people who are closer to each other (friends or friends of friends) talked about purity concerns more similarly compared to people who are further away.

How similar a Twitter user was to another person in the way they talked about things that are “dirty” or “clean” (metaphorically or otherwise) predicted social distance more strongly and reliably than similarity in how they talked about any of the four other moral domains.

Even when we share similar political ideologies or religious backgrounds, similarity to others in the words we use to talk about purity concerns (for example, “religious” versus “spiritual, “lewd” versus “sexually empowered”) predict whether we are friends with someone or not.

As a follow-up, we tested whether perceptions of moral dissimilarity and similarity have a causal effect on social interactions.

In both studies, we measured people’s moral values in the five domains by having them read scenarios such as “You see a girl saying that another girl is too ugly to be a varsity cheerleader” (harm) and “You see a woman burping and farting loudly while eating at a fast food truck” (purity) and then rate whether or not the action was morally wrong.

Finally, we told them that they had to work with another participant who had responded either differently (study 2) or similarly (study 3) to them on these questions for one of the five moral value domains. We then asked them to tell us how close they were willing to be to that other person both physically (how close would you sit on a bench to this person) and socially (would you be willing to have someone like this person marry into your family).

As on Twitter, people were much more likely to associate with the other person when they had similar response to the moral purity scenarios and to avoid them when they had dissimilar response. And this pattern of responding was much stronger for purity concerns than similarities or differences for any other moral concerns, regardless of people’s religious and political affiliation and the religious and political affiliation they attributed to their partner.

There are many examples of how moral purity concerns are woven deeply into the fabric of social life. For example, have you noticed that when we derogate another person or social group we often rely on adjectives like “dirty,” and “disgusting”? Whether we are talking about “dirty hippies” or an entire class of “untouchables” or “deplorables,” we tend to signal inferiority and separation through moral terms grounded in notions of bodily and spiritual purity.

However, as our research indicates, purity homophily does not simply reflect avoidance of dissimilar others; rather, it likely arises from a dynamic push-and-pull process in which people’s social ties are a function of both wanting to be closer to similar others and avoiding different others. And, this seems to be the case both in the tightly controlled context of laboratory experiments and in the messy, real-world wildlands of social media.

Moral values and the political divide

Beyond affecting our daily social interaction preferences, we also believe that purity homophily likely plays an important role in sociocultural domains like politics and religion. For example, our preferences for certain political candidates might be partially driven by the perception that those candidates share our purity concerns, regardless of their stances on other potentially more relevant issues. Similarly, we often use purity-related language to motivate our group against the “dirty” political candidate we oppose.

Further, the tendency to surround ourselves with people who share our moral purity concerns and avoid those who don’t share them likely contributes to social and political polarization. This, in turn, can facilitate the emergence of extreme and harmful behavior, ranging from refusing to vaccinate children to bombing abortion clinics.

As our country has become more polarized and we have self-sorted ourselves into political and moral enclaves, we have lost the ability to see past our moral differences. We aren’t even using the same language as each other to talk about our social issues anymore. To bridge the divide in our government, we must first learn to bridge the divide among ourselves.

Perhaps by focusing on values we all share, such as care and fairness, and avoiding the purity rhetoric that divides us, we may be able to communicate our needs with the other side to work toward a common goal.