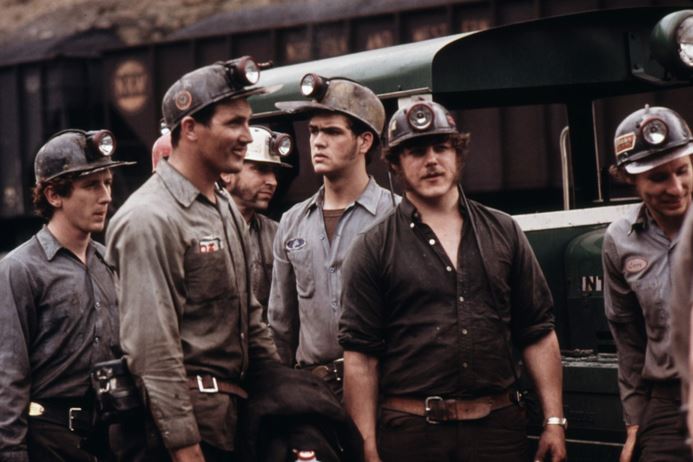 I grew up in a blue-collar town in Wisconsin. Back home we make paper, lots of it. You can tell what we do by the smell of the town, a sulfuric scent that comes and never quite goes (the smell of money, people used to like to say).

I grew up in a good Republican home, which meant I was a bit of an outcast. This was union country. I didn’t know I was an outcast until the 1988 presidential election. I was one of three students in my class who wanted the guy named Bush to win. Third-graders know nothing about politics, of course, but it’s human nature to want your guy to win, and when mine did my friends weren’t happy. (Blood may have been spilled, I can’t quite recall.)

I bring this up for a reason. About 18 months ago, I began to notice something: people in my predominately white working-class town seemed to be changing. You could see it in their memes on Facebook and in their cynical comments: these once-loyal, card-carrying union Democrats weren’t happy.

My suspicion that Democrats were losing working-class whites was validated when Donald Trump hijacked not just my home state, but Pennsylvania and Michigan as well.

What went wrong? How did the party of Andrew Jackson and FDR lose PBR-swilling working-class whites to the GOP?

Robert Reich, an economist who served as Secretary of Labor under President Clinton, said it was simple: Democrats abandoned the working class, not the other way around. Writing in the Guardian on Thursday, this is what Reich said:

The Democratic Party once represented the working class. But over the last three decades the party has been taken over by Washington-based fundraisers, bundlers, analysts, and pollsters who have focused instead on raising campaign money from corporate and Wall Street executives and getting votes from upper middle-class households in “swing” suburbs.

Democrats have occupied the White House for 16 of the last 24 years, and for four of those years had control of both houses of Congress. But in that time they failed to reverse the decline in working-class wages and economic security. Both Bill Clinton and Barack Obama ardently pushed for free trade agreements without providing millions of blue-collar workers who thereby lost their jobs means of getting new ones that paid at least as well.

Reich’s article is worth reading. He makes some valid points to support his thesis that Democratic leaders forgot the working class in its push to implement a more globalist vision.

But missing in his article is an important word: immigration. (Readers did not miss this. See the comments.)

Now, it seems to me that Americans don’t mind trading freely with other countries; NAFTA and CAFTA were passed along bipartisan lines without much fuss. Where they part with their leaders in Washington is in the idea that people are capital just like bananas, iPads, and steel. A free flow of goods is one thing; a free flow of people is something very different, at least to people who don’t work at libertarian think tanks or as economists at universities.

I’ll add that the left’s fetish with identity politics and political correctness also likely alienated the white working class. Hearing professors and students at elite colleges talk about white privilege as one struggles to make ends meet at the local factory (that could get shut down any day) is bound to breed resentment.

Can Democrats reclaim the hearts of working-class voters? Perhaps a more important question: Can Donald Trump actually deliver on his promises to the working class?