How an Ancient Philosopher Predicted the 2016 Election 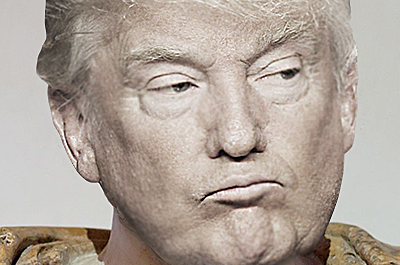 Many people depend upon polls to predict the outcome of elections. What pollsters do appeals to all the prejudices of the post-Enlightenment modern mind: They employ a distinctive technique (thank you Rene Descartes), they focus on empirical evidence (thank you Francis Bacon), and they invoke the mathematical forms of statistics (thank you John Graunt and William Petty).

But the responsibility for making an accurate prediction of this year’s election might better have been put into the hands, not of a pollster, but a philosopher.

Almost 2,500 years ago, Aristotle wrote his book Rhetoric. It remains today one of the best books on persuasion ever written. Such a book comes in handy during an event like an election, since an election is what Aristotle might have called a “rhetorical situation.” It is an event in which two or more people are each trying to persuade the public that he or she is the best person for the job.

These three criteria apply every bit as much to candidates in today’s elections as they did to the orators of ancient times.

In the 1996 election, Bob Dole was the Republican nominee and Bill Clinton the Democrat. Dole was known for his personal stability and practical midwestern values. He was also a war hero. His strength was his ethos. Clinton, on the other hand, had personal charm that Dole didn’t have. He felt your pain. And although he was a bit of a policy wonk (logos), his primary appeal to the voter was pathos. Clinton won the election.

In the 2012 election, Republican Mitt Romney focused almost exclusively on abstract economic arguments, complete with numbers and statistics. Democrat Barack Obama, on the other hand, was an inspiring speaker and the first Black president. It was Romney’s logos vs. Obama’s pathos. Pathos won.

There are other examples of this—Nixon’s logos vs. Kennedy’s pathos in 1960, Gerald Ford’s ethos vs. Jimmy Carter’s pathos—and other factors can play into the mix. There are even candidates like Ronald Reagan who seem to be strong in all three areas.

But when the contest is between pathos on the one hand and either logos or ethos on the other–and everything else being equal (which it almost seldom is), pathos always wins.

In this year’s election, it was Hillary Clinton, whose speeches tended to lack inspiration and were largely made up of lists of policy prescriptions, who represented logos, and Donald Trump, an almost completely gut-level candidate, who represented pathos.

Had our prognosticators looked up from their graphs and charts and taken into account the philosophical principles that have been known for over two millenia, they might have been a little more accurate in their predictions.