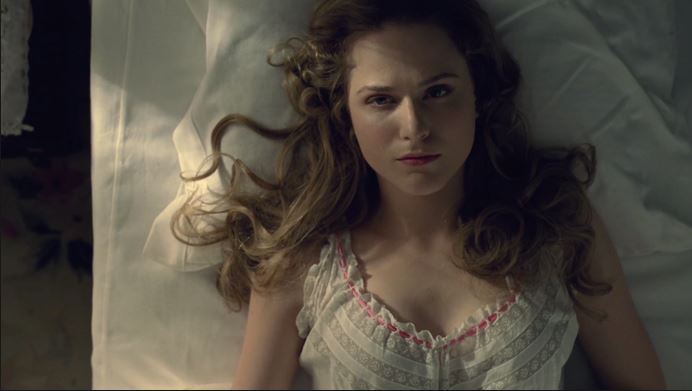 In HBO’s new series Westworld, the robots challenge the humans to moral and physical combat—and you might be surprised by who wins.

Based upon Michael Crichton’s 1973 film, Westworld tells the story of a futuristic theme park where visitors pay to play dress-up in a fabricated landscape made to look like a cattle town in the nineteenth century American West. Park visitors can take on different roles, indulge their every fantasy—no matter how depraved—and test their mettle in an environment populated by human-like robots who are programmed to be unable to hurt them.

But, as we learn in the pilot episode—“The Original”—all is not right in this adult-themed, rustic wonderland. The robots are starting to think for themselves. The park’s aging co-creator, played masterfully by Sir Anthony Hopkins, appears to be losing both his mind and control over his creations. The corporation that now owns Westworld has agents dispersed around the facilities who are trying to get a handle on how bad things are. Other, long-term employees who have become overly attached to their jobs (and the robots they service) are starting to exhibit disturbing allegiances. And “The Man in Black”, portrayed by the intensely creepy Ed Harris, is on a mission to bring the world of Westworld crashing down.

Westworld is an HBO show, and R-rated, so it’s not family fare. But unlike Game of Thrones, with its gory and often gratuitous violence, there are worthy themes and ideas explored throughout Westworld that, in my opinion, justify some of the coarser content.

Consider the issue of whether or not violence should be encouraged as a form of entertainment, for example, a theme that runs throughout the first six episodes. In Westworld, human visitors to the park can kill, maim, or even torture any creature they encounter. Each night, park employees emerge from hidden doorways to clean up the “dead” robots and animals that have expired that day. This is the get-out-of-jail reset, so to speak, that each guest is offered, and that isn’t too far off from our real-world obsession with violent movies, games, and television: Fantasy violence with none of the real-world consequences.

This is how most violent video games work, after all. People—mostly young-ish males—spend hours at a time engaged in either “killing” their enemy or “dying” from wounds suffered on the virtual field of battle. In Westworld, and over the course of the first season, viewers are forced to reckon with the possibility that there might be collateral emotional damage to the taking of a life—even if that life is artificially created. (Perhaps Jesus knew of what he spoke when he warned his listeners that there was no spiritual difference between hating someone in your heart and physically murdering their mortal body?).

As for deities, Westworld is chock-full of religiously infused imagery, storylines, and character arcs. Regardless of what atheist activists such as Sam Harris or Richard Dawkins might say, most people yearn to explore questions regarding God, free will, and mankind’s place in the universe. Wisely, Westworld does not dismiss this yearning, but instead invites the viewer into a narrative exploration of existential concerns.

The conceit of the show is that the robots are waking up to the reality that they are pawns in a more powerful being’s game. The humans are desperately searching for any connection to something “realer” than the technology-based existence they’re escaping to Westworld to forget. And the folks making the decisions and pulling the levers are learning that ruling over sentient beings isn’t everything it’s cracked up to be.

It might be science fiction, but Westworld succeeds in grappling with questions that we are already facing in the present, and it does so with a refreshing amount of serious attention to the moral challenges we face—not only in our use of technology, but in the choices we make every day about how to be decent human beings.