Why Sasquatch and Other Crypto-Beasts Haunt our Minds 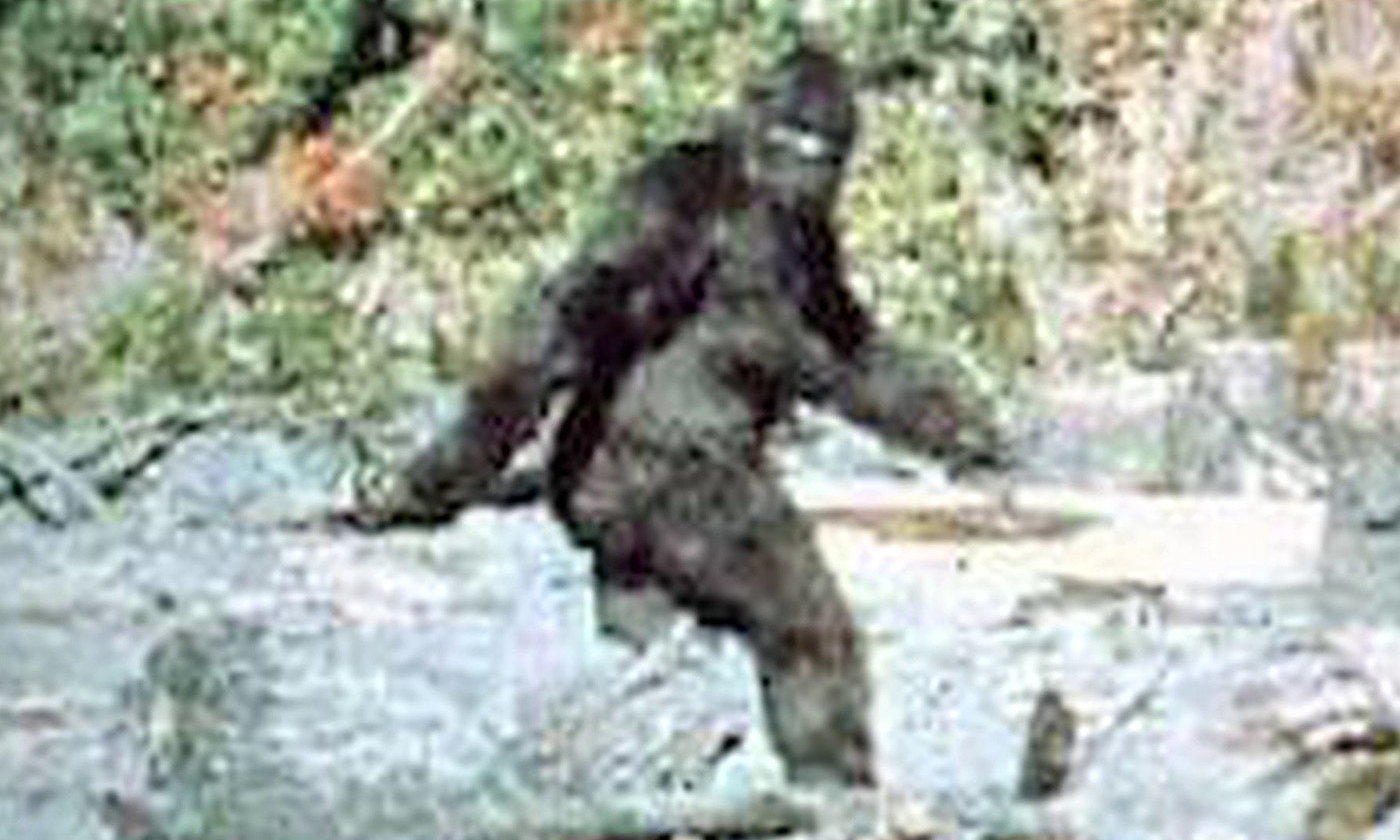 Since the 15th century, and possibly earlier, there have been accounts of hairy, nude and tremendously strong people living in the more obscure corners of the Caucasus. Called ‘Almas’, the creatures are occasionally shot, sometimes domesticated (and, in one case, wed). Across the sunbaked Eurasian steppe and high in the Himalayas, there is the white-furred Yeti, the abominable snowman of hikers’ accounts. Six thousand miles away, the so-called ‘skunk-ape’ skulks among the swamps in between Florida strip-malls, refreshing himself with chlorinated water from the swimming pools of Miami-Dade County’s McMansions. The Dreamtime country of Australia’s outback has the ‘Yowie’; in Indonesia, there is the jabbering, tiny, orange-coloured ‘Ebu Gogo’, or the ‘Grandma who eats anything’. And, of course, ambling among the redwoods in the misty forests of the Pacific Northwest is the most iconic cryptozoological primate of all: the Sasquatch.

I am agnostic on the scientific reality of Bigfoot, though the Florida skunk-ape hiding among the cul-de-sacs of suburban Miami seems a tad unlikely. Most primatologists do not consider the existence of an unknown North American Great Ape, or a remnant of the Australopithecus or Neanderthal population, as likely. I have no reason to contradict them. Yet whether Sasquatch is real or not, people often seem to wish and believe that he was. Why has Bigfoot, and his associated permutations – the ‘wild men’ – been such a frequent expectation? Why do we keep on seeing the Sasquatch that isn’t there?

Enkidu, from the ancient Sumerian Epic of Gilgamesh, arguably marks the beginning of the ‘wild man’ genealogy. Both ‘an animal and a man’, he is the prototypical pre-human, a liminal man-beast, not quite wild and not quite tame (that is until he is domesticated by the goddess Shamhat with sex and beer, as so many are). Enkidu fights a losing battle with Gilgamesh, and from that brawl they ‘became bonded in friendship’. Enkidu represents our primal roots in nature, suggesting that people are fundamentally animals. The battle between Gilgamesh and Enkidu enacts civilisation’s struggles as it emerges from the wilderness, but also serves as a reminder of how superficial that difference can be. Their friendship points to humanity’s bestial genesis.

Imagine how potent this message must have been during civilisation’s infancy, when the vast majority still lived as hunter-gatherers and the cultural memory of that earlier state was not so distant. This first wild-man allegory was followed by similar stories. There are biblical accounts of the hirsute Esau who is ‘red, all over like a hairy garment’ and is later supplanted by his younger brother Jacob. There are the giant Nephilim, and there is the humiliation of Nebuchadnezzar reduced to a brutish state. Wild men also appear in classical accounts of fawns and satyrs, and the animalistic Pan could be seen as a type of ‘Sasquatch’, even if he is more caprine than apish. Medieval Europe had its wild men, its woodwoses, its fairies and fays, and its Green Men, all examples of intermediaries between culture and our animalistic beginnings.

There is one version of the wild man that, through contrast, helps to explain the Sasquatch: the ‘noble savage’. The idea of the ‘noble savage’, particularly in the writings of Jean-Jacques Rousseau, is humankind in pristine, uncorrupted, natural perfection. He represents the virginal innocence of our species’ origins. The noble savage is a natural inhabitant of Eden – and so is the Sasquatch. Both hark back to the prelapsarian simplicity of life before civilisation corrupted us, an era before government, law, industry, commerce and war. The difference is that, while the ‘noble savage’ has an air of admirable innocence, the Sasquatch is uncanny, a creepily distorted reflection of our most primal nature. The historian of science Brian Regal writes in Searching for Sasquatch (2011) of these ‘apish’ monsters that are ‘disturbingly like us’, which have ‘stalked the dark parts of the human psyche, as well as forests, for millennia’.

The wild man takes part in a mode that I (only partially tongue-in-cheek) call the ‘Sasquatch Pastoral’. Pastoralism is identified with Virgil’s Eclogues and Horace’s Epodes, with the Renaissance poetry of Petrarch and Boccaccio, of Spenser and Marlowe – things that might seem rather far from a comedy such as Harry and the Hendersons. The Princeton Handbook of Poetic Terms explains that pastoral literature is defined by ‘interest in the relation of the human to the natural world’, allowing for ‘imaginary rustic diversions’. Does not the allure of the Sasquatch relate to that definition of the pastoral? But the Sasquatch Pastoral is more unsettling, indeed disquieting, though it fulfils much of the same catharsis that the more traditional pastoral does. The Sasquatch Pastoral is the wild, bestial inversion of the classical view, a kind of uncanny Arcadia.

Perhaps the best example of the Sasquatch Pastoral is the character Caliban, from Shakespeare’s The Tempest. He combines the feral nature of a beast with an unsettling facility in human language (taught to him by Prospero). Upon encountering the jumbled, bestial form of Caliban, Trinculo says: ‘Were I in England now… there would this monster make a/man; any strange beast there makes a man.’ Caliban is also darkly connected to European representations of aboriginal inhabitants, presented as a not entirely unsympathetic ignoble savage.

In The Country and the City (1975), Raymond Williams described the pastoral as ‘myth functioning as memory’. The Sasquatch, as an evolutionary middle between humanity’s past and our present, is a type of pseudo-scientific myth understood in the language of memory. The allure of the Sasquatch is that by imagining ourselves ‘in the body of Sasquatch’ – as the historian of science Joshua Blu Buhs writes in Bigfoot: The Life and Times of a Legend (2009) – people ‘could come into contact with their own souls, their own repressed and forbidden desires’; we could envision our own origins. In short, the Sasquatch Pastoral is where our desires and fears concerning the animal nature of humanity are projected onto shadowy creatures, a manifestation of our awareness of the messy biological reality of what it means to be human.

Bigfoot might or might not roam the primeval forests of the Pacific Northwest, watching us and avoiding us, a reminder of our deepest, animalistic past. But whether or not there is an actual creature, the archetypal Sasquatch is, in his own way, very real.