We the People Don’t Need a President’s Plan 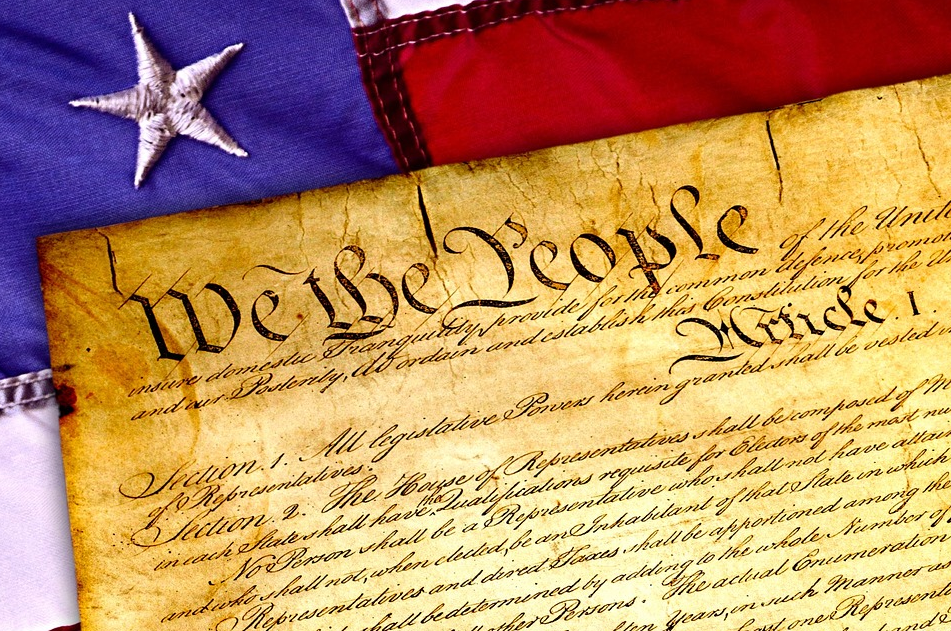 Hillary Clinton has a “plan.” I live in a “battleground state” so Clinton shared her plan with me in commercials, over and over and over again, through Saturday afternoon college football. Clinton’s plan is to spend more taxpayer money. Her spending initiatives include free college tuition for students in families making under $125,000 a year, universal preschool, and subsidized child care.

Delegated authority to the president is quite limited in the Constitution, but no matter. In our increasingly post-constitutional America, candidates, the media, and a majority of the public seem to believe that the president has powers far beyond those given by the Constitution. Do you remember Bill Clinton claiming his plan was building a  “bridge to the future”? “Building” plans are de rigueur for candidates. We have come to believe that the president has a problem solver’s job to fix a whole host of domestic and foreign issues.

What Does “We the People” Mean?

The preamble to the Constitution famously says: “We the People of the United States, in Order to form a more perfect Union, establish Justice, insure domestic Tranquility, provide for the common defence, promote the general Welfare, and secure the Blessings of Liberty to ourselves and our Posterity, do ordain and establish this Constitution for the United States of America.”

But what does “We the People” mean? In this interview law professor Randy Barnett addresses that question as he talks about his important book Our Republican Constitution: Securing the Liberty and Sovereignty of We the People. He explains that today “We the People” is commonly interpreted as a collective of people who can vote their preferences into law by majority rule and then implement their will against the will of individuals whose rights are ignored. When judges rule laws as unconstitutional they are seen as the problem because “they get in the way of the will of the people.”

More and more Americans want to be taken care of by government; they want wealth to be redistributed by government too. They believe all that is needed to expand the role of government is a vote. The framers of the Constitution understood that democracy is no guarantee against liberty being usurped. In Federalist Paper No. 10, James Madison wrote, “Measures are too often decided, not according to the rules of justice and the rights of the minor party, but by the superior force of an interested and overbearing majority.”

Madison and the other framers of the Constitution had something very different in mind than being subjected to rule by an “overbearing majority.” Barnett looks to the Declaration of Independence as an essential document by which we can better understand the Constitution. He says the alternative reading of “We the People,” is “We the People as individuals, each of whom are endowed with the individual rights of life, liberty and pursuit of happiness.” Government’s role then is to “secure these rights.” Barnett points out that the Founding Fathers believed that “first comes [pre-existing and inalienable] rights, then comes government.”

You don’t have to look far to find support for Barnett’s position. James Wilson was a signer of the Declaration of Independence and was one of the six original justices appointed by Washington to the Supreme Court. Here, quoted by historian Brion McClanahan in The Founding Fathers Guide to the Constitution, Wilson explains what “We the People” of the United States means:

“We the People — it is announced in their name, it is clothed with their authority, from whom all power originated and ultimately belong. Magna Carta is the grant of a king. This Constitution is the act of the people and what they have not expressly granted they have retained.”

If the powers allocated to the federal government are “few and defined,” how could the president have a plan other than to defend the liberty of the people?

Rights are Retained by the People

So how do we keep government to a few and defined powers? Some founding fathers wanted a Bill of Rights as a bulwark against government. Others, including Alexander Hamilton, feared government would grow if the rights of government were itemized. In Federalist Paper No. 84 Hamilton argues against the Bill of Rights being incorporated into the Constitution:

“They would contain various exceptions to powers which are not granted; and on this very account, would afford a colorable pretext to claim more than were granted. For why declare that things shall not be done which there is no power to do? Why for instance, should it be said, that the liberty of the press shall not be restrained, when no power is given by which restrictions may be imposed?”

In other words, as James Wilson puts it “a Bill of Rights annexed to a Constitution is an enumeration of the powers reserved. If we attempt an enumeration, everything that is not enumerated is presumed to be given.” Imperfect enumeration of powers would imply that government has powers it does not have.

There was no argument about the rights retained by the people; the argument was how to secure them. Madison’s solution to those objections was the Ninth Amendment. Placed in its historical context, the powerfully simple language of the Ninth Amendment is clear and unambiguous: “The enumeration in the Constitution, of certain rights, shall not be construed to deny or disparage others retained by the people.”

The Powers of the President

The powers granted to government are “few and defined.” The Constitution grants the president only a few of those limited powers and, certainly, no power to propose grand plans. In his book The Founding Fathers Guide to the Constitution Brion McClanahan writes:

“The framers did not consider the president to be the chief legislator. He could not propose legislation and his primary domestic responsibility was to execute the laws and carry ‘the will of the legislature into effect.’”

If the president is not to make plans for us, then what? In my FEE essay There is No Such Thing as a Political Problem Solver, I put it this way: “Every day, ordinary citizens and entrepreneurs pursue opportunities. No one controls the myriad decentralized decisions and actions that, along the way, solve problems. We don’t need “problem solvers” to tell us the “winning plan.” We need planners and “problem solvers” to stay out of our way.”

In reality, Clinton’s plan is not the problem. Her plan to expand government only reflects the hearts and minds of American people who are ignorant of and no longer value our great founding principles. The analysis in this essay would be considered irrelevant by many Americans—who would say the Constitution must be interpreted in light of what society needs today. As for the rest of us, in Barnett’s words, “As long as the Constitution has not been repealed, we could appeal to restore it… We’re going to have to figure out how to keep the flame of liberty alive and how to keep the Constitution alive, at least in our thoughts, until we have a change in circumstances.”

A “change in circumstances” will begin when we change our minds about the role of government. When we no longer believe we need a president’s plan, candidates will stop offering them. We are the problem and we are the solution.

Barry Brownstein is professor emeritus of economics and leadership at the University of Baltimore. He is the author of The Inner-Work of Leadership. He delivers leadership workshops to organizations and blogs at BarryBrownstein.com, and Giving up Control.