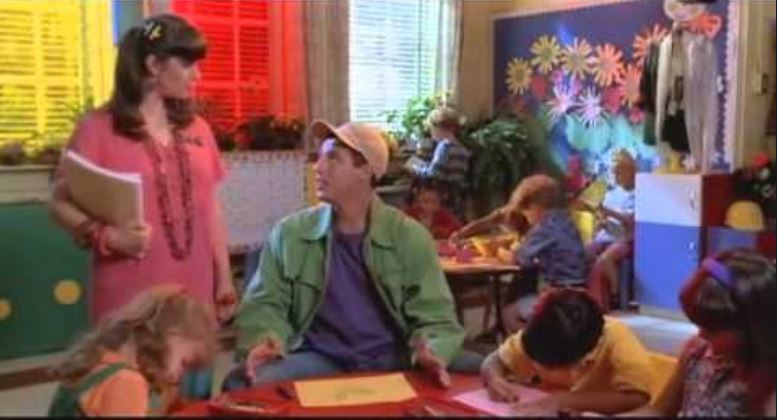 The recent antics at the nation’s universities have led people to expect almost anything from academia. There are safe spaces that resemble adult playpens where students can shield themselves from “microaggressions.” There are trigger warnings to help students protect their politically-correct sensitivities from free speech. And now… there are college student coloring books.

That’s right. College coloring books with colored pencils or felt pens are now the rage as administrators scramble to find ways to help students de-stress. Ironically, students who break all the rules at campus protests find solace in staying within the lines. The old-fashioned coloring book, perhaps one of the few undigitized things left, is going viral. Students, who try to pass themselves off as twenty-one-year-olds to drink alcohol, are eager to assume the role of five-year-olds when it is time to bring out the crayons.

This is not a marketing fad like the adult coloring book rage. Rather, official university policy is fueling the student coloring experience. These are not isolated colleges but campuses nationwide, including Ivy League schools. While there is yet to appear a Coloring 101 course, university employees are the ones handing out the coloring books and holding “coloring events” on campus.

American University, for example, provided coloring sheets on campus, explaining on its Facebook page how coloring “can help with a number of emotional and mental health issues.” The Facebook page of University of California San Diego reported on “De-Stress Coloring Nights” before finals last semester with all materials provided. In 2015, Brown University offered coloring books (and Play-Doh) in all its “safe space” rooms. The University of Missouri handed out an official Mizzou Coloring Book at its student union. The University of Nebraska-Omaha organizes regular DeStress Fests at the university library with large turnouts. All of this is done in the name of therapy.

However, college officials have got it wrong in offering this therapy. The purpose of university education is not meant to be therapeutic but formative. The university should concerned with the pursuit of  truth, and not the stressful acquiring of knowledge and facts for future careers and debt repayment.

The university is meant to form character in students and prepare them for adulthood and family life. Students should be exposed to a philosophy of education in which they are taught to confront reality and overcome obstacles they will find when they live in the real world. The university should be a place of culture where the classic insights of the great thinkers of the past can benefit the present. College should mark a farewell to childhood and childish things. It should be the exhilarating embrace of independence and adult responsibilities.

Instead, many modern universities have adopted a philosophy in which the college coloring book is but a sad sign of the times. It is the fruit of a Hollywood culture that resists the natural need to grow up and assume responsibility. Many students aim to live forever-young lives of frenetic intemperance, in which they are encouraged to desire everything, instantly, and effortlessly. They defer major decisions about what they are to do with their lives, and see college as a mere extension of their adolescence… or perhaps now a regression to kindergarten. When young people fail to live up to the responsibilities proper to their age group, they will indeed become stressed. Hence, the recourse to the therapeutic coloring books.

However, the coloring book issue is also symptomatic of a university system that has lost touch with its purpose.

The chief object of the university should be the teaching of truth and its applications to life. Modern universities have strayed from this great mission largely because so many believe there is no truth. Indeed, truth has become whatever one believes it to be at the moment. Values are whatever one happens to value, and a person is whatever he/she/it self-identifies as.

In short: Everything is fluid, constructed, and subjective. In modern academia, there is no objective truth or any applications of that truth. There are only isolated experiences disconnected from truth. Students are immersed in what Notre Dame Professor Brad Gregory has called “the kingdom of whatever.” The university has gone from the search for eternal truth to the pursuit of personal experiences, from the consideration of forever to the acceptance of “whatever.”

When education becomes “whatever,” it works against its purposes of character formation and the teaching of truth. It will naturally frustrate and cause anxiety. Instead of finding a divinely-ordered universe bristling with variety and purpose, students are presented a sterile, godless universe devoid of meaning. Is it any wonder that they are offered fantasy-filled coloring books in which they might color their own “whatever” worlds?

Of course, the descent from classics to coloring books appears absurd to most people with common sense. It seems like a bad dream in need of a rude awakening. But it is not a dream. It is happening. The tragedy is that students will find out all too soon that the only way to deal with life’s vicissitudes is to confront reality not to color it away.