The Greatest Generation? What Malarkey! 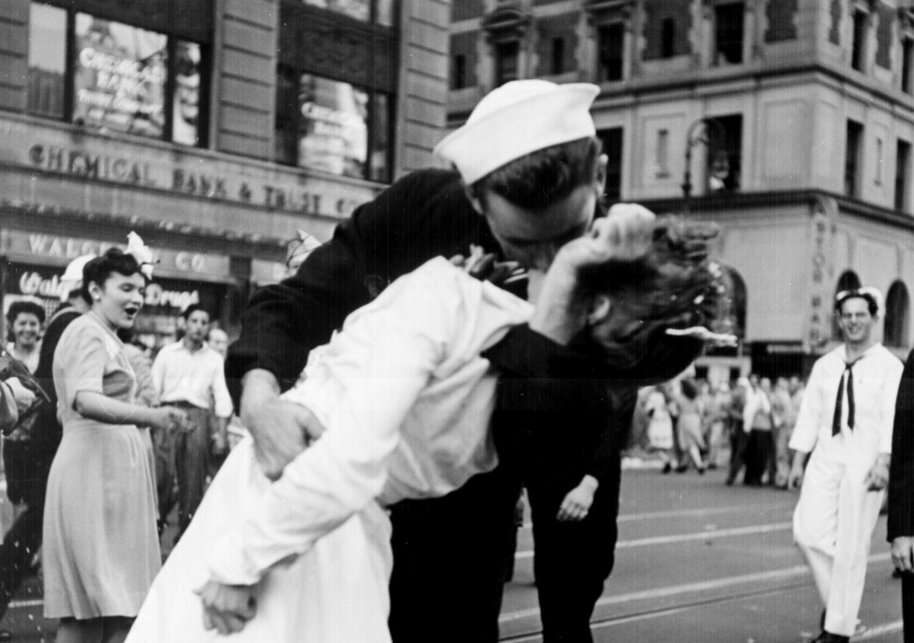 With due allegiance to persons and places, it is only right that we should love and respect our parents and grandparents. But we can do this without canonising the World War Two generation as the greatest, a piece of excessive sentimentality and sloppy thinking if ever there was one.

The phrase was coined by the American journalist Tom Brokaw, a liberal and a sentimentalist, in his 1998 book “The Greatest Generation,” calling it “the greatest generation that any society has ever produced.”

Clearly, a defective knowledge of history helps an author to manufacture money-making superlatives; especially while the subjects of his flattery are still doddering about and capable of buying his books, or having his books bought for them by adoring descendents.

Even so and only within the Twentieth Century, the American cult of the “Greatest Generation” is still mistaken at several levels, the first historical.?

Those who won the Second World War were of the generation before, the survivors of the Great War of 1914 to 1918. Considering but a few, George Patton was the first officer assigned to the new United States Tank Corps fighting in France. Dwight Eisenhower left West Point to be the third-in-charge of tank warfare stateside. George Marshall arrived overseas in mid-1917 as director of training and planning for the First Infantry Division, before joining the American Expeditionary Force headquarters where he worked closely under his hero, General John “Black Jack” Pershing.

These three titans were born in 1885, 1890 and 1880 respectively, nearer to the Civil War than even to WW1 in which they served as young men. The so-called Greatest Generation were born decades later. My father, one of the very youngest to serve in WW2, was born in 1926 so we can loosely identify the “Greatest Generation” to have been born after 1910 and before 1927. The majority were conscripts, junior officers at best, and if they “won the war” they did so under the command of their elders while shooting and getting shot at. This is not to diminish the bravery of many, from Pearl Harbor to Anzio to Guadalcanal, but their primary choice was whether or not to do their duty and follow orders. This is important because we moderns do not compare them to their own fathers, who did their duty in the trenches of World War One, but against the Baby Boomer generation that followed them.

Advances in art and culture from the so-called Greatest Generation are at best a matter of taste, whether one prefers the post-WW1 era Picasso and Cole Porter to post-WW2 Jackson Pollack and Frank Sinatra. In science the Great War generation gave us diabetic insulin and Fleming’s antibiotics; the next generation gave us Salk’s vaccine and Crick’s and Watson’s DNA. One wonders if NASA triumphed over the Wright Brothers and Tommy Sopwith or rode on their shoulders.

Call it a draw or credit the “Greatest Generation” as you will, but either generation surpasses the Baby Boomers with little art of which to speak and their allegedly major scientific “advances” being the costly and lucrative global-warming hoax, and breast implants.

Either way, the value of a generation must be somewhat determined by its progeny, for a generation is partly responsible for what legacy it passes on.

?The Baby Boomers, we may all agree, are as indefensible as their archetype Bill Clinton. In America and elsewhere across the West they copulated with whatever they could not snort, smoke or inject; they consumed it all, put it on credit and sold future generations for less than Esau’s Biblical “mess of pottage.” Writing on today’s betrayed youth, BBC stalwart Jeremy Paxman notes: “It strikes me as more of a wonder the streets aren’t full of demonstrators demanding compulsory euthanasia.”

America’s so-called Greatest Generation is great only in comparison to the rubbish that followed them, which frankly and literally they begat. The rest is mostly sentimentality, projecting onto an entire generation what we may more rightly respect about our own dear relations.

While it may sound ungrateful to the veterans of the Battle of the Bulge, from where did these ghastly Boomers come? Did they spring like Athena from the forehead of Zeus, fully-armed with credit cards, neuroses and BMW motorcars? Or did they have parents?

The so-called Greatest Generation created Lyndon Johnson’s Great Society that metastasized welfarism and made permanent the culture of entitlement. They created or enabled the Permissive Society that shattered millennia-old values leading to the decline of marriage, a level of narcotics-abuse never seen before in a developed country, an epidemic of sexually-transmitted diseases and the industrial-scale production of bastard children. They ran America when Roe-v-Wade opened the floodgates to 50 million abortions since.

Too nice to argue and too weak to put their foot down, they spoilt their offspring with the kind of good-natured generosity and blind tolerance that is far more harmful than parsimony and even cruelty.

Having inherited a work-ethic from their parents who fed them through the Great Depression, they built America’s post-war economic surge but then wiped the cultural hard-drive, hoping to free their creepy kids from what the “Greatest Generation” saw as a work-a-day encumbrance and we now see as a missing ingredient of national strength.

In that sense, they were hopeful ideologues of materialism as much as any of Chairman Mao’s acolytes were ideologues of communism. If they had religion in their fox-holes and bomb-craters, they failed to pass it on to many of their progeny.

Many Boomer children of those loyal WW2 conscripts fled to Canada to avoid Vietnam-era conscription themselves, and their parents either would not or could not stop them. Others, such as two recent US Presidents, found excuses to stay safe at home with parental approval or complicity. However brave and dutiful had been the youthful G.I. Joe and Rosie the Riveter, they turned into wimps and cowards who raised scoundrels and poltroons.

Judging by my contemporaries on either side of the Atlantic, many of the 25-year-old grandchildren of the “Greatest Generation” drop in and out of college, while living in their parents’ home and waiting aimlessly for anything to extract them from their boundless torpor. Their surviving grandparents, members of the tail-end of the “Greatest Generation,” smile tolerantly and mutter blandishments about the aging youngsters one day “finding themselves.” Meanwhile, many of the wrinklies lobby for old-age benefits, plot their next holiday cruise and dress like toddlers without a shred of dignity. What would the upright soldiers of the Great War, who were adults in the Great Depression, make of that?

The likes of T. S. Eliot, Roy Campbell and Wyndham Lewis saw this coming in England between the wars. Their American contemporaries, including Irving Babbitt and Paul Elmer More, saw the emerging permissiveness and weakness just as clearly, but few of us recall their warnings.

So, we have lionised a fatally-flawed generation as “the greatest” only because some of them are still alive and their nobler parents died forty years ago. Our memories are frail and our knowledge of even recent history is weaker still: similarly, the movies that rank “highest-ever” in modern polls are the modern ones because the respondents either forgot the older and better films or never saw them at all.

Taken as a whole, the so-called Greatest Generation were too nice and too rich and too satisfied with the promise of riches; they were too generous and too tolerant, and thus they inadvertently betrayed the very civilisation that they defended on the beaches of Normandy.

This blog post has been reproduced with the permission of The Imaginative Conservative. The original blog post can be found here.