Professor: ‘Me Generation’ Not Doing Chores (And Why That’s Bad) 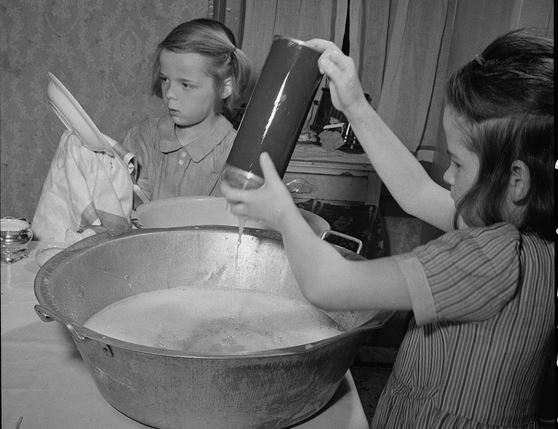 In August, Treasurer Scott Morrison warned that “Australia has a generation growing up expecting government handouts”.

Researchers have labelled this the “Me Generation”. Some even say we are facing a “me, me, me epidemic”.

So why have today’s young people become more narcissistic? According to research, the decrease in young people’s levels of empathy is partly the result of changes in parenting styles that came about in the 1980s.

In the past, parents had children as a means to gain practical and even financial support for family survival and to help it thrive. But now, children are perceived as an emotional asset whose primary purpose is being loved. Parents now tend to place greater emphasis on cultivating the happiness and success of their offspring.

What led to this change in parenting style?

From the 1980s onwards, children have spent fewer hours doing chores around the house as living conditions and technology – including the invention of washing machines and dishwashers – have improved.

Nowadays children are no longer perceived as contributors whose work is essential for the survival of the family and its ability to thrive.

As a result, children’s sense of entitlement has been inflated, but the cultivation of responsibility has fallen by the wayside. So chores are not valued as much as they used to be.

This is particularly the case for young people in China, often labelled “little emperors” and “little princesses”, who were born under the one-child policy between 1979 and 2015.

These children’s parents, most of whom had gone through hardship in China’s Great Famine and the Cultural Revolution, vowed not to allow what they had suffered to happen to their only child. They became overwhelmingly dedicated to their child, which resulted in many children shouldering no family responsibilities, including chores.

It is also the case for children in the West. Research has found that less than 30% of American parents ask their children to do chores.

“Parents today want their kids spending time on things that can bring them success, but ironically, we’ve stopped doing one thing that’s actually been a proven predictor of success — and that’s household chores.”

How responsibility can develop a family bond

Traditionally, chores were a family obligation. They were hard and tedious.

But research suggests engaging in routine chores helps children to develop a sense of social justice, because everyone has to do them, which inculcates the idea of fairness. Chores can also provide a vehicle for children to cultivate a family bond and a sense of responsibility.

The development of social justice in children means that children view their relationship with their parents as a two-way thing, rather than it being one-sided.

A family bond has two interacted dimensions: that parents love their children and that children are grateful for the sacrifices their parents made.

For the latter, only through moral reasoning and, more importantly, discipline (chores) can parental love be translated into practice and mutual love between parents and children and a family bond be developed.