More Walls Being Built Than at Any Time in Modern History 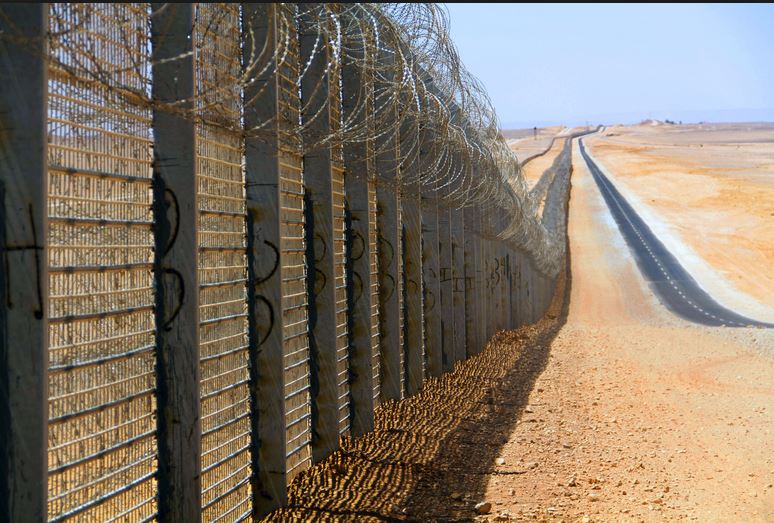 The Washington Post led off its Wednesday coverage with an interesting interactive story that carried this admission: nations around the world are walling off at an unprecedented rate.

The numbers are clear: In 2015, work started on more new barriers around the world than at any other point in modern history. There are now 63 borders where walls or fences separate neighboring countries.

Unsurprisingly, the Post frowns on this trend, which is “driven by fear” and “reflects the rise of populist politicians.” To drive home the point, they share interviews with Americans.

“We’re only, as the crow flies, three miles from Mexico. The only thing between us and them is a river, and they know how to swim,” said Darrell Skinner, a resident of Del Rio, Texas. “I think if we don’t do something about the border immediately, this country will not be in existence in the next 50 years.”

Cheryl Howard, owner of Dinks Cafe, which sits along the U.S.-Mexico border, looks around the room before she gives her answer. “I got to make sure there ain’t no Mexicans in here,” she tells a reporter. “We need to keep them over there.”

This xenophobia has grown, the Post indicates, “even as globalization was working its magic on trade, mobility and investment….”

The Post makes some rather sweeping conclusions, but readers should nonetheless check out the highly-informative and visually-stunning story. It sheds light on a historic phenomenon: After a generation of globalism, the West is retrenching. Why?

In my opinion, proponents of globalism, often prone to utopian thinking, tend to overlook certain economic and cultural realities.

American economic mobility is not what it once was, and immigrants are not assimilating like they once were. It’s been pointed out that people who support globalism and often benefit from it rarely have to live with its negative consequences. Rarely are they the ones competing directly with migrants for work; rarely do they or their children have to see the more unseemly side of cultural clashes or taste the rotten fruit that can result from a balkanized society.

What is true is that advanced nations are magnets for the world’s poor and displaced, and nations are likely to continue to face a moral dilemma that will have far-reaching consequences for humans and nation-states.

It remains to be seen if democratic nations, many of which have lucrative welfare infrastructures that guarantee food, education and healthcare, can absorb the huddled masses of the world yearning to breathe free. (Especially when there is fear that some among the huddled masses wish to destroy said nation-state.)

Darrell Skinner fears his country may not exist in the next 50 years if the current trend continues. Many in Europe, which is undergoing a drastic population shift, fear the same. So the Post is correct that some of this is driven by fear.

Is that fear legitimate? Only time will tell, but voters around the world are beginning to think it is.