Does Watching TV Together Count as ‘Family Bonding’? 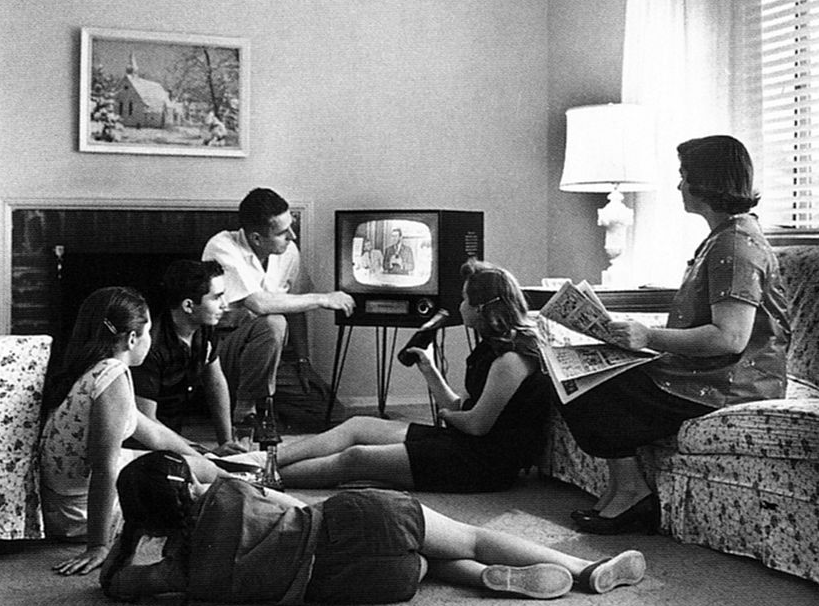 We’ve all heard about the importance of family dinner time. Research tells us that children who eat meals with their family are likely to have better grades, better mental and physical health, and a smaller chance of getting into trouble.

As findings from a recent British study show, many families do find that dinner is a way to spend quality time with each other. But at the same time, a number of families also find mealtimes a stressful experience. The Telegraph explains:

“Findings by Mintel, the consumer trends specialist, show that two thirds of British parents describe family meals as ‘quality time’ and half think of it as a ‘bonding’ experience.

But any bonding might, it seems, have more to do with adversity as not even a quarter of parents (23 per cent) said they think of dining together with the family as relaxing.”

So what is the non-stressful activity families do together? Not surprisingly, it revolves around TV:

“By contrast more than six in 10 (62 per cent) chose watching television together as a form of family relaxation and almost half (47 per cent) of mothers surveyed agreed that it was an activity which brings their whole family together.”

It’s true. Dinnertime, with its need for manners and food served on time and unhappy children can be stressful. It’s far easier to get everyone to shut up and be happy by placing entertainment in front of their eyes.

But could the stress over dinner stem from more than these issues? Does our tendency to have family members run in multiple directions every day draw families apart, making the time they do spend together around the dinner table stressful and non-relaxing because they don’t know each other and have no common ground on which to start conversations?

The same study also notes that nearly 60 percent believe “families are not as close as they used to be.” Is such the case because so many of us would rather take the relaxing approach to an evening at home instead of experiencing the potential discomfort of trying to learn more about those who live under the same roof with us?