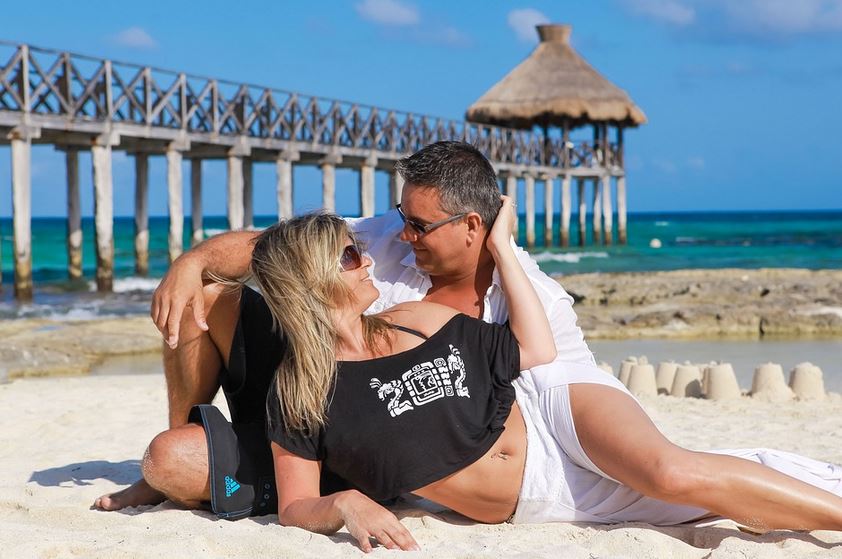 Unfortunately, when we’re growing up, learning how to be a good partner is not something they teach us in school. We’re basically left to our own devices to figure out how to make sure every relationship we have doesn’t go down in flames. The good news is that there are people out there who want to help you.

Here are five common relationship habits that are toxic, even if people don’t recognize them as toxic:

This often manifests in a relationship when both parties continuously make note of every time they’ve been wronged or slighted over the course of the relationship. It’s a mental scoreboard that both people use to keep track of who owes the other one based on past events. For example: your girlfriend was texting another guy last week, so you think she can’t get mad at you for getting completely drunk at the party tonight.

Stuff like that is toxic. Never use the past as an excuse to act poorly in the present. Eventually, this practice consumes both people, and the true problems never really get taken care of.

When we don’t want to say what’s bothering us, oftentimes we turn to passive-aggressively hinting at it in subtle ways. This doesn’t communicate the problem effectively, it just makes your partner even more upset, which is what you were trying to do in the first place.

Don’t do this. As partners, you need to be comfortable being honest and open with your communication, especially when something is bothering you. If you don’t, it just breeds resentment that builds up over time until you can’t take it anymore.

Using the Relationship as an Ultimatum

When we get into arguments with our partners, things can get heated. A toxic behavior that often happens when arguing is threatening one’s commitment to the relationship. This means saying things like, “Well, if you’re so sick of it, then why don’t you break up with me?” or “I can’t be with someone who always acts like a jerk.”

This is toxic because it creates the feeling that even the most minor disagreements could result in the termination of your relationship entirely. This leads to people not feeling comfortable enough to say what they’re truly feeling or thinking.

Shifting Negative Emotions Onto Your Partner

When we’re having a bad day, we tend to rely on our partners for support. When we don’t get that support, sometimes we take it the wrong way. You take their lack of noticing how bad you’re feeling as them being insensitive, even though you’ve made no effort to tell them how bad your day was.

Don’t get upset with them because you’re in a bad mood and they’re not jumping at the opportunity to fix it. Both people need to be responsible for their own emotions. Constantly relying on the other’s validation and support builds codependency, and before you know it, both of your lives revolve entirely around making sure the other is emotionally stable.

Some people like to think of jealousy as an endearing quality because it means they really care, but it can be quite toxic if not kept to tolerable levels. This type of jealousy manifests when a partner is upset about the flirting, touching, talking, texting, or hanging out with another person, and then takes their anger out on their partner in an attempt to control what they do.

This is toxic because jealousy ultimately implies distrust. For example, if my girlfriend told me I could never hang out with other women alone, even just as friends, I’d be a little upset because it says a lot about what she thinks of me and how much she trusts me.

The best thing you can do to combat these feelings of jealousy and anger is to simply trust that your partner is not going to want to hurt you. Believe that you’re worthy of someone who won’t cheat on you or take advantage of you. Jealousy tells a person that you’re insecure and feel threatened.