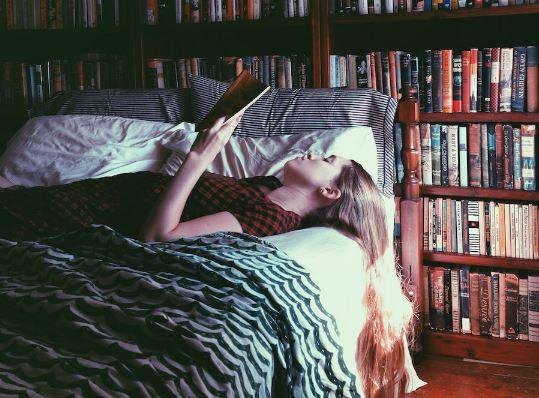 I’m going to say something that’s heresy to many people today: I’m not a big fan of novels.

Mind you, I don’t celebrate this fact. In his Abolition of Man, C.S. Lewis noted that he didn’t care for the company of small children, but he considered this a fault in himself. I have an analogous feeling about my disinterest in novels: it’s mainly the result of a personal disposition; I prefer to read nonfiction.

But my pre-college education didn’t really offer much to satisfy this preference for nonfiction. In fact, I was not assigned one nonfiction book to read in my entire time in K-12 schools. Because I was a kid at the time and didn’t know any better, I came to associate a “love of reading” with fictional reading. As a result, for a while I gave up on reading.

Today, if schools assign a book to read, it’s almost always a novel. Students’ exposure to nonfiction is usually limited to a few essays and textbooks, the latter of which, let’s be honest, are not exactly known as examples of beautiful prose. When American students’ only exposure to historical writings are the textbooks that noted historian David McCullough has said are “badly written” and “boring,” is it any wonder that only 18% of them are proficient in the subject?

It wasn’t always this way. Past examples show that there used to be more balance between fiction and nonfiction books in the school curriculum. In the 18th century, for instance, teenage students would not only read the great epics and poems of the past—the Iliad and Odyssey, the Aeneid, Horace’s Odes —they would also read Caesar’s Commentaries, Cicero’s Orations, and Thucydides’ History of the Peloponnesian War.

Now, I’m not a huge fan of the Common Core Standards. It’s not that I’m completely against the idea of having some basic national educational standards. It’s just that, in America today, we don’t have anything close to national unity about the purpose of education from which these standards should derive.

But one thing I have to say in favor of the Common Core is its general recommendation that the K-12 curriculum be balanced with more nonfiction texts. Unfortunately, their specific recommendations are mainly comprised of essays (don’t get me wrong: essays are good, too!), but do not include very many books.

I don’t feel that there should be a huge dichotomy between school and one’s adult life afterwards. The training provided in schools should initiate young men and women into the world of educated adulthood. And in today’s adult world, being educated typically means that one reads both fiction and nonfiction books, and “cultural literacy” demands that one should be familiar with great literature in each of these genres.

To better prepare students for lifelong learning, schools should require them to read some more nonfiction books.