Stop Dumbing Down Books for Teens 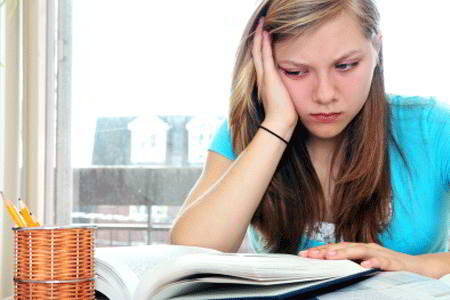 During my senior year AP English class in high school, we read Joseph Conrad’s Heart of Darkness. It was brutal. I thought I was a pretty good reader because I had worked my way through most of Jane Austen, the Brontë sisters, and Leo Tolstoy, but I struggled to get through Heart of Darkness. To this day, it’s still one of my least favorite books. But you know what? I made it through, and I actually learned a few things. And when my class got to Fyodor Dostoevsky’s Crime and Punishment, I found it easier to read and more enjoyable since I was familiar with a more complicated language and writing style after making it through Heart of Darkness.

Today’s teenagers are less likely to have that same experience taking on challenging books. Consider the recent news that even Dan Brown’s The Da Vinci Code is considered so difficult to read that Brown is now writing an abridged version targeted to teens; evidently younger readers need more coddling when it comes to understanding the Illuminati.

There are several ironies here, not least of which is Brown’s assumption that his book is in need of abridgement. The Da Vinci Code is a far cry from stories such as Sir Arthur Conan Doyle’s The Hound of Baskervilles (the first “grown up” book Brown read). Common Sense media called The Da Vinci Code a “poorly written thriller” that wouldn’t prove a challenging read for an average ninth grader (if you take away the ritualistic sex and other adult themes in the story). As such, Brown’s conceit—that teens wouldn’t be able to make it through the challenging prose of his book if it’s not dumbed down—is condescending to teenagers.

Of course, publishers have been churning out abridged version of classics such as Treasure Island for years (some tolerable, others terrible); and some retellings for children, such as Charles and Mary Lamb’s Tales From Shakespeare, have become classics in their own right. But by the time they are teenagers, children need to be challenged in all sorts of new ways if they are to make the transition to adulthood successfully. If they can’t be challenged by reading—even with relatively accessible books like The Da Vinci Code—then how are they supposed to tackle tougher questions (a frequent complaint about Millennials)?

Intellectual challenges are also crucial for cognitive development during the teenage years, when young men and women develop “deductive reasoning, problem solving, and generalizing” skills. The more engaging and stimulating the information teenagers receive, the more they will retain. So if they’re not being challenged and fed rich information, they won’t have the strong skills they need to be successful, mature adults. Why, then, are publishers marketing abridged versions of mediocre mass market fiction to teenagers instead of the unabridged works of Shakespeare or Dostoevsky? A generation raised on Twitter and Facebook doesn’t need further shortened texts; it needs more challenging and nuanced literature.

Everyone knows how badly American students rank in academic abilities compared to students from other countries. If we continue to coddle students with abridged, unchallenging books, they will continue to fall behind. As Conrad once wrote, “The horror! The horror!” Too bad fewer and fewer students will have any idea who said those words.

This article was republished with permission from Acculturated. The original blog post can be found here.