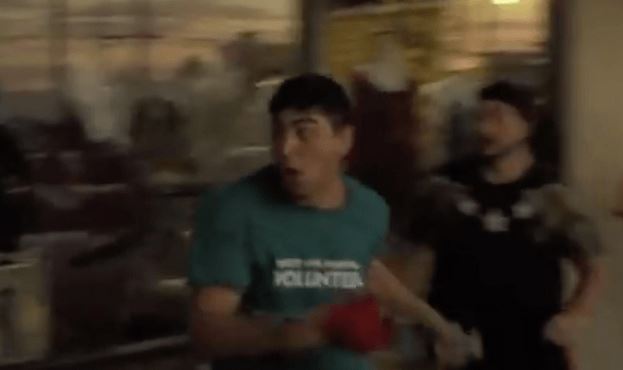 A video has surfaced showing a Trump supporter beaten at a rally in El Cajon, Calif.

The man, who was wearing a “Make American Great Again” hat, was cornered, beaten, and chased by a mob. Watch the video for yourself. (WARNING: Graphic Content)

The video is extremely intense, but it’s nothing new. Trump supporters have been attacked at rallies throughout the country this election season. We’ll say now what we’ve said before.

Disagreeing with Trump and his supporters is a perfectly reasonable thing to do. We’ve done it many times on the pages of Intellectual Takeout. But this? Is this the kind of behavior that is supposed to win people to the anti-Trump side? Is this the future of public discourse that we want for America?

It’s ironic. The same people who often accuse Trump and his supporters of hate seem to have little problem beating people bloody because they don’t like his or her hat.

A second stroke of irony? They seem totally unaware that it’s this behavior that helps fuel Trump’s candidacy.