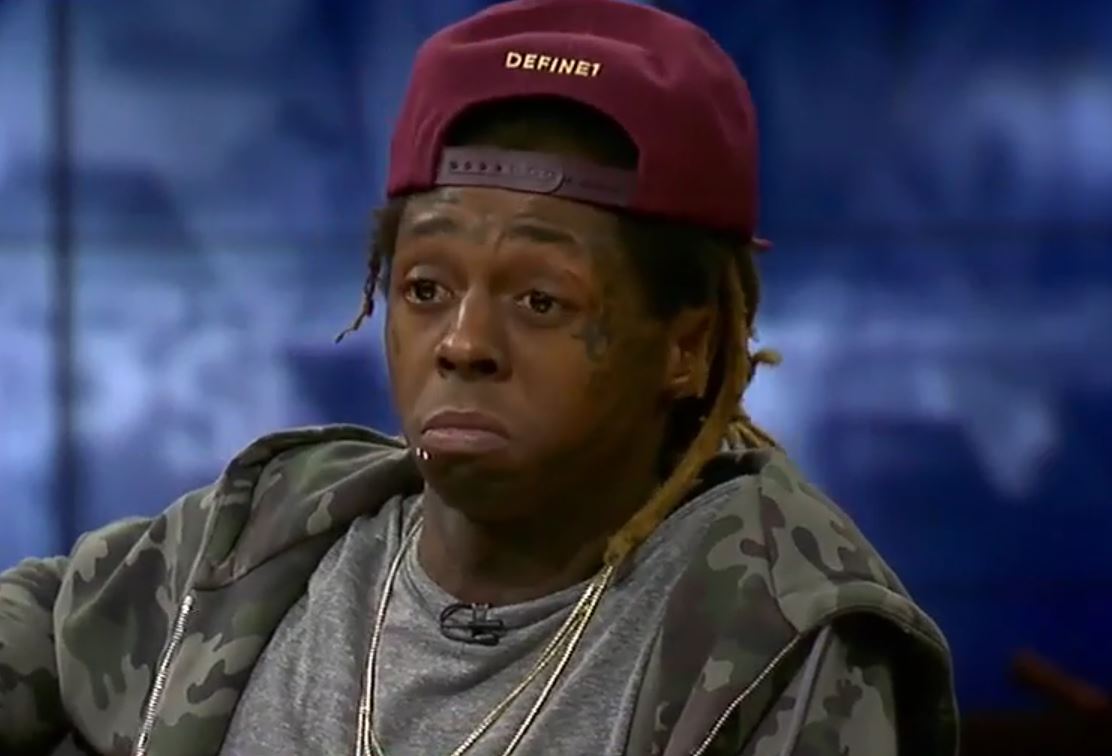 Lil Wayne said he has not personally experienced racism. The 33-year-old rapper made the comments in an interview with Shannon Sharpe and Skip Bayless on the Undisputed, a sports show that airs on Fox.

When asked to share his thoughts on Colin Kaepernick sitting during the National Anthem, Lil Wayne said, “I respect the man and his decision. That’s all I can do,” adding that he really didn’t have an opinion on the matter.

But when Bayless followed up with a question on race relations in America and what he has experienced in his own life, the rapper had this to say:

“They wouldn’t want my answer to represent them because God knows I have been nothing but blessed. These 33 years have been nothing but a blessing. I have never — and never is a strong word — never dealt with racism. And I’m glad I didn’t have to, and I don’t know if it’s because of my blessings, but it is my reality. So I have would have to say I thought it was over. I still believe it’s over. But obviously it isn’t.”

“So you’ve never experienced any offensive behavior from any other color?” Bayless persisted.

I’d encourage readers to watch the entire clip below, because it’s the subsequent comments that get Lil Wayne into a little trouble.

As the video shows, Lil Wayne’s sentiments seem to be based in part on the fact that his fans are largely young white people, which implied to him “that there was no such thing as racism.” He added that young people increasingly see racism as “not cool…that’s the millennials response.”

At several points, Lil Wayne stresses that his not experiencing racism is the result of his “blessed” status as an entertainer. But critics on Twitter seemed to have latched on to his comment that “there was no such thing as racism.” Here is how Twitter responded:

It’s wild to hear people like lil Wayne & Cam Newton saying racism doesn’t exist when they’ve been discriminated against from the jump.

How is @liltunechi a Louisiana native claiming racism is dead cos HE NEVER EXPERIENCED IT??? #lilwayne is the coon of the year

Dear #LilWayne, the ALL white audience at your show who made you feel racism no longer exists are there to watch you because it does #levels

Lil Wayne is one of those crazy individuals who believe that no sound was made by the tree that fell in the forest cause he wasn’t around.

The reaction perfectly demonstrates why so many people are reluctant to talk about race. Lil Wayne began by sharing an honest reflection—that he really hasn’t experienced racism—but an off-the-cuff comment about a lack of racism generally seems to have gotten him into trouble.

This is a shame. Lil Wayne is a rapper, not a public spokesman. People should cut him some slack, but they probably won’t.

Lil Wayne’s candid answers challenge a powerful paradigm—that racism remains pervasive in America and if you have black skin you will have experienced it. Honesty, as they say, is seldom rewarded.