LAPD Union: Officers Being Instructed to ‘Run Away’ From Threats 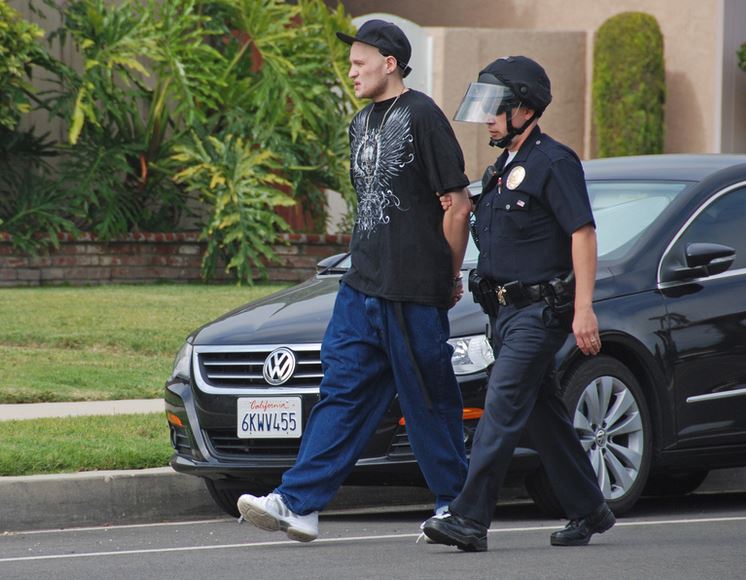 The Board of Directors of the Los Angeles Police Protective League (LAPPL), the labor union representing officers up to the rank of lieutenant, says a recent finding by the city’s police commission instructs officers to flee violent confrontations.

Run away. If a police officer is confronted by a suspect with a weapon, those entrusted to set policies for the Police Department believe officers should run away. That’s the recent finding from the Los Angeles Police Commission which has turned Monday morning quarterbacking into a weekly agenda item at the three-ring circus they preside over every Tuesday morning.

Those words appeared in a post on the organization’s official blog following the Commission’s recent decision on the shooting of Norma Guzman, a 37-year-old woman fatally shot in September 2015.

The incident occurred when Guzman approached officers while carrying a knife with an eight-inch blade. When Guzman–who was mentally ill, according to family members–refused orders to drop the weapon, officers opened fire. (Surveillance footage of the shooting can be found below.)

LAPD Police Chief Charlie Beck found no fault in the officers’ actions, but was overruled by the Commission, which admitted that it was reasonable to assume the knife-wielding woman intended harm but argued the nearest officer should have “redeployed” to “create distance.”

LAPPL board members were not pleased with the euphemistic language.

In plain English: the officer didn’t run away. …

Suspect charging from the front. Vehicles on either side. Where do you “redeploy?” Run backwards. This is absurd and it’s dangerous. What happens if the officer loses his footing with a charging suspect? What happens if the suspect runs into a nearby home or store and confronts its occupants with her weapon? What if the suspect also had a concealed gun? What is created when an officer turns tail and runs away is a large target. It’s called a back. The officer would put their lives in further jeopardy by running away if the suspect had a gun. At this close range, running away would create a self-caused danger to the officers and the public. …

The Commission, with a grand total of zero years of experience in law enforcement, overruled the Chief’s decision. The Commissioners created an alternative set of facts that acknowledged that the officer was right to believe his life was in jeopardy but found fault with the officer shooting the knife-wielding suspect because the officer should have run away. Pathetic.

It’s unclear how or if the officers involved in the shooting will be punished. That decision lies with Chief Beck, reports indicate.

Guzman’s family is seeking criminal charges against the officer involved in the shooting, saying less lethal force should have been used.

“There was no reason to shoot Norma, period,” said Arnoldo Casillas, an attorney representing Guzman’s mother.

The commission’s decision comes as police officers and departments around the country face increased scrutiny following police shootings that have drawn nationwide media attention with the help of modern video technology and social media. Though violence in the United States had been declining for decades until 2015, the high-profile shootings have many departments reexamining use of force protocols.

Is it time that police departments reviewed use of force protocols to try to prevent shootings like that which claimed Norma Guzman? Or will such efforts further endanger police officers?