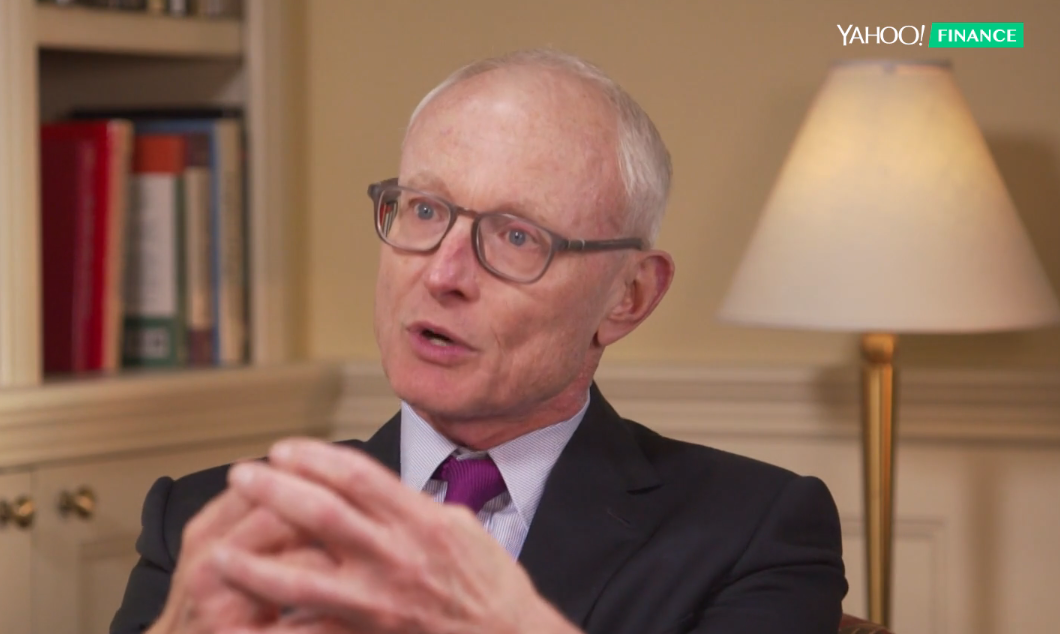 Harvard Business School released a report this month and the findings are, well, not good.

Here is the gist of the report, titled “Problems Unsolved and a Nation Divided“:

While a slow recovery is underway, fundamentally weak U.S. economic performance continues and is leaving many Americans behind. The federal government has made no meaningful progress on the critical policy steps to restore U.S. competitiveness in the last decade or more.

The report is dense and long, and I’ve not yet read it in its entirety. But one of the authors, Harvard Professor Michael Porter, sat down with Yahoo! Finance to discuss his “grave concerns” about the U.S. economy. Here is what he said.

The problem we’ve had in the U.S. is that productivity growth—which used to be robust and sustained…and grew at a robust rate—starting a decade or so ago, productivity started shutting down. Lately, it’s actually been negative, which is something you don’t see very often if you look back in history.

Negative productivity is a recipe for economic disaster. So what is behind the slump? Porter said that is unclear, though he points out that decline began well before the Great Recession.

Perhaps just as concerning is the nation’s anemic job numbers. Porter said that while many of America’s larger companies have refilled the jobs lost during the recession, small business job creation remains low and many workers don’t have the necessary job skills to fill positions that are open.

But what about those rosy job numbers?

“We think the effective rate is well over 10 percent,” said Porter.

The worst part? Porter says the U.S. is approaching a “worst nightmare” scenario because the electorate and political leaders seem completely out of touch with reality

“There is almost a complete disconnect between the national discourse and the reality of what is causing our problems and what to do about them.”

This is probably old news to many Intellectual Takeout readers. We’ve chronicled the too-rosy unemployment numbers, the productivity collapse, and the exploding debt before. The warnings signs are everywhere. Even the non-partisan Congressional Budget Office has been saying America’s economy trajectory is unsustainable.

Still, it’s nice to hear an Ivy League professor raising alarm bells for a change. Perhaps fewer people will look at us like we’re wearing tinfoil hats next time we mention the fiscal cliff.