Did the Ancient Greeks Believe in Freedom? 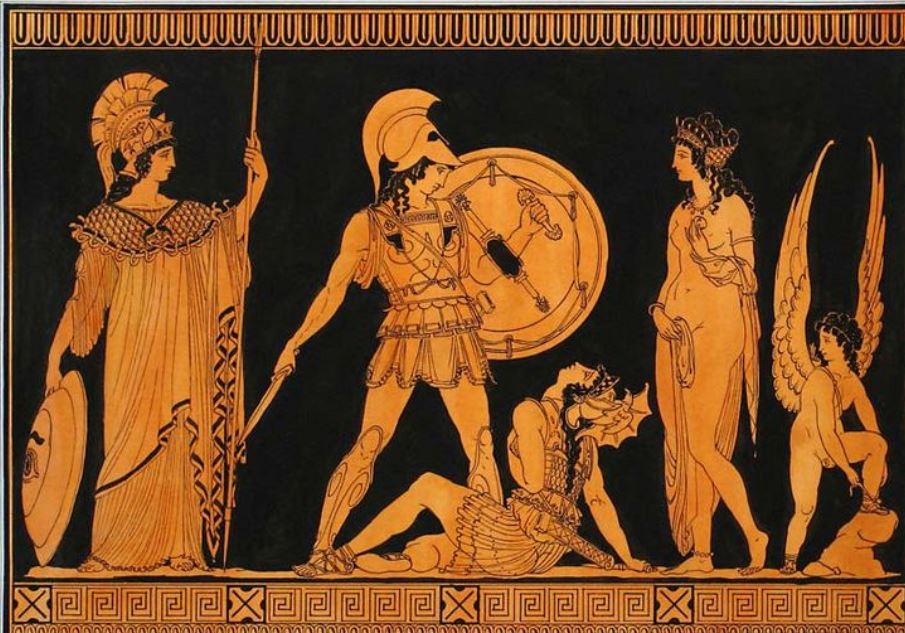 The ancient Greeks left a wealth of knowledge through their surviving writings on a wide variety of themes, including science, logic, philosophy, literature, and the arts.

In addition, the city-state of Athens is considered the birthplace of intellectual freedom and democracy – lasting legacies that helped to mold the ideas that have influenced the development of Western civilization.

But, in comparison, their discussions on economics were often few and almost always relatively unsystematic. A primary reason for this is the fact that, for the ancient Greeks, questions concerning “economics” were considered subservient to other themes considered far more crucial to human life and society.

For the Greek philosophers and social thinkers, the central themes were questions of “justice,” “virtue,” “the good,” and “the beautiful.” What today we call “economic” questions and problems were relegated to a narrow corner of evaluating how economic institutions and organization could be designed or modified to serve these “higher” ends or goals.

The Greek View of the Society over the Individual

An extension of this is the general view that the ancient Greeks had concerning the individual in society. For them, the individual was dependent upon the society in which he was born for all that he could become as a person. That is, the community nurtured and molded the individual into a “civilized” human being.

The society took precedence, or priority, over the individual. The individual was born, lived, and died. The society and the State, however, they believed, lived on.

The more modern conception of man as a free, autonomous agent who chooses his own ends, selects his own means to attain his desired ends, and in general lives for himself, was an alien notion to the mind of the ancient Greeks.

One of the leading defenders of individual liberty in early nineteenth century Europe was the French social philosopher, Benjamin Constant (1767-1830). In 1819, he delivered a famous lecture in Paris on, “The Liberty of the Ancients Compared with that of the Moderns.”

He said that among the ancient Greeks, such as in the city-state of Athens, “freedom” was understood to mean the right of the free citizen to participate in the political deliberations of city affairs, including speaking, debating, and voting. But once the deliberations were over and a vote was taken, the individual was a “slave” to the majority decisions of his fellow citizens. Explained Constant:

The aim of the ancients was the sharing of [political] power among the citizens of the fatherland: this is what they called liberty. [But] the citizen, almost always sovereign in public affairs, was a slave in all his private relations.

As a citizen, he decided peace and war, as a private individual, he was constrained, watched and repressed in all his movements; as a member of the collective body, he interrogated, dismissed, condemned, beggared, exiled, or sentenced to death his magistrates and superiors; as a subject of the collective body he could be deprived of his status, stripped of his privileges, banished, put to death, by the discretionary will of the whole to which he belonged …

The ancients, as Condorcet says, had no notion of individual rights. Men were, so to speak, merely machines, whose gears and cog-wheels were regulated by the law … The individual was in some way lost in the nation, the citizen in the city.

Benjamin Constant compared this “liberty of the ancients” with that of the “moderns” – that is, the conception and ideal of liberty popular in his own time in the early decades of the nineteenth century.

Now, he said, the idea of freedom was the right of the individual to be left alone. The individual was at liberty to guide his own life, choose his own goals, and pursue any ambitions and career that he might want. He could form any interpersonal associations he chose, or could follow his own way by himself.

Political liberty was an important part of freedom, Benjamin Constant argued. But the essence of liberty for the “moderns” was the right of the individual to live his own life as he desired, with no interference or “dictate” by political minorities or majorities. Constant explained:

… what an Englishman, a Frenchman, and a citizen of the United States of America understand today by the word ‘liberty.’ For each of them it is the right to be subjected to the laws, and to be neither arrested, detained, put to death or maltreated in any way by the arbitrary will of one or more individuals. It is the right of everyone to express their opinion, choose a profession and practice it, to dispose of property, and even to abuse it; to come and go without permission, and without having to account for their motives or undertakings. It is everyone’s right to associate with other individuals, either to discuss their interests, or to profess the religion which they and their associates prefer, or even simply to occupy their days or hours in a way which is most compatible with their inclinations and whims.

It is also important to remember that Greek society and the ancient Greek economy was based on slave labor. This resulted in two outcomes:

First, anything involving manual labor, and the common working for a living, as well as the day-to-day dealing in money and the exchanging of goods and services, was considered beneath a cultured and free citizen of a Greek city-state. It distracted the Greek citizen from his first and highest duty: participation and interest in the political, philosophical, and artistic affairs of his city-state. This did not make for an intellectual climate conducive to making questions of economic relationships and institutions a respectable field for serious reflection and thought.

Second, the use of slave labor diminished any motives or incentives on the part of the thinking, free citizen to concern himself with questions of how to economize and more efficiently use labor. Since, once captured and sold into slavery, a slave could not refuse to work or demand higher wages or better work conditions, or search out better employment opportunities, there was little motive for developing ways to more effectively employ labor through better social or market arrangements.

Richard M. Ebeling is BB&T Distinguished Professor of Ethics and Free Enterprise Leadership at The Citadel in Charleston, South Carolina. He was president of the Foundation for Economic Education (FEE) from 2003 to 2008. This article was originally published on FEE.org. Read the original article.