Anti-Globalism Is On The Rise 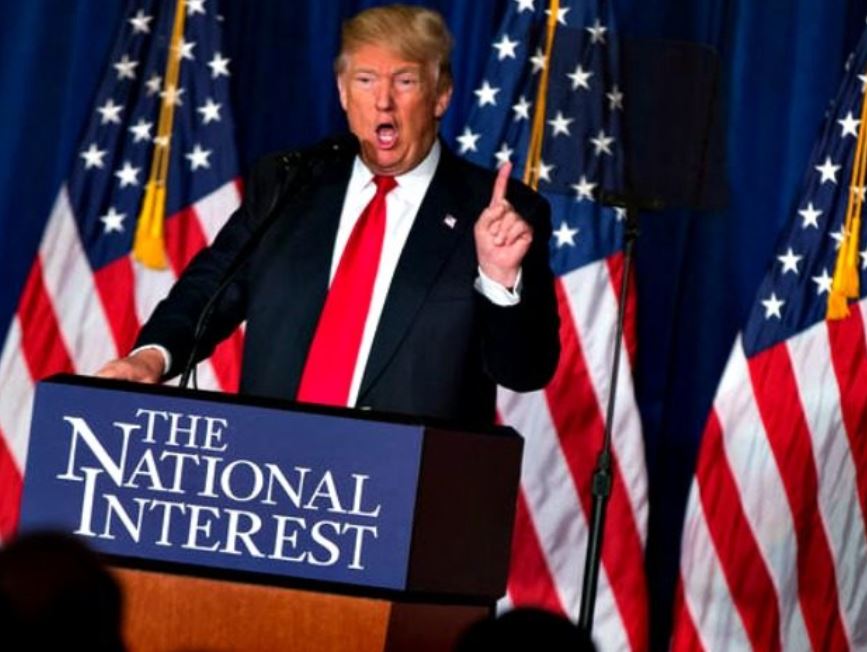 For the last quarter-century, nationalism has been in full-fledge retreat.

When the Berlin Wall came down in November 1989, it marked the end of the Soviet Empire, the Cold War, and the vestiges of nationalism as a political force. A new era of progress, peace, and prosperity had arrived, fueled by unprecedented trade and relative global harmony.  The nationalism that had pitted the powers or Europe against one another had finally been swept away. NAFTA passed. The EU swelled. Americans started watching the World Cup. Hitler’s ghost was finally gone, vanquished by globalism.

But then something happened. In 2016, nationalism, like some monster in a horror film that doesn’t realize it should be dead, returned.

In Europe, it was evidenced by the United Kingdom’s stunning Brexit from the European Union and the resurgence of the far right. In the United States, it was marked by the rise of Trumpism.

Donald Trump’s irregular campaign and personal idiosyncrasies have overshadowed a fact of his presidential bid: he is flipping the Republican script. Trump’s attacks on free trade and easy immigration run counter to the policies Republicans have embraced for the last two decades. This has energized paleo-conservatives, the alienated wing of conservatism long derided for its maudlin patriotism, skepticism of trade deals, and hardline stance on immigration. More importantly, the policies have tapped into a new nationalism that has Trump in a dead heat with his opponent.

How did things change so quickly? Matthew Continetti, writing at the Washington Free Beacon, said the scales tipped in 2014.

My thesis is that the child migration on our southern border and President Obama’s expansion of his executive amnesty to the relatives of minors brought here illegally—despite his repeated insistence that he lacked any such authority—reversed the poles of American politics.

No longer are our debates about government. They are about the nation. Do we have one? What are its interests? Who benefits from it?

I think Continetti’s general thesis is right, though other factors are certainly at play. What’s interesting is that Donald Trump seemed to figure this out before anyone else.

Cut through the bravado and populism, and one finds anti-globalism at the heart of Trump’s messaging. Joshua Mitchell, a professor of political science at Georgetown University, points to this—as well as Trump’s rejection of identity politics—as the heart of his campaign. Via Politico:

If you listen closely to Trump, you’ll hear a direct repudiation of the system of globalization and identity politics that has defined the world order since the Cold War. There are, in fact, six specific ideas that he has either blurted out or thinly buried in his rhetoric: (1) borders matter; (2) immigration policy matters; (3) national interests, not so-called universal interests, matter; (4) entrepreneurship matters; (5) decentralization matters; (6) PC speech—without which identity politics is inconceivable—must be repudiated.

From a personality standpoint, Hillary Clinton has been cast as the anti-Trump—calculated, crafted, and cautious. What’s interesting is that she is also a perfect ideological foil for Trump on the globalism/identity front. Indeed, from the Clinton Foundation to her support for the Iraq War to her boiler-plate feminism and rhetoric on immigration, Clinton is almost a caricature of globalism and identity politics.

The press fails to recognize the differences in ideas that divide the Clinton and Trump camps; they continue to see the 2016 election as one that pits sane versus insane or normal versus abnormal. In reality, the 2016 election is the most ideological election in at least a generation in terms of culture.

Trump—by serendipity or foresight—identified and tapped into the tectonic shift taking place in our culture. Expect that discovery to have an impact that goes beyond November’s electoral results, whatever those results might be.