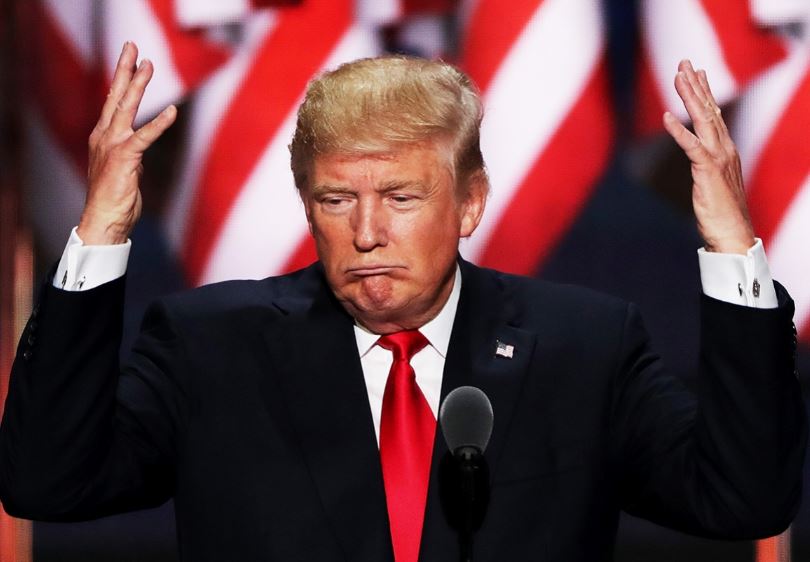 The latest superhero extravaganza, Suicide Squad, comes from the DC Comics universe. It’s an updated Dirty Dozen: gather half a dozen psycho crims with superhuman powers and promise them a reprieve from death row in exchange for carrying out black ops. There are lots of explosions, violence, a saucy female lead in hot pants, and deadpan humour.

Almost to a man, the “top critics” have trashed Suicide Squad mercilessly: “Astonishingly slipshod… a bloated and cheerless monstrosity … a total sh-tshow … sexist … ugly trash … it stinks.” On Rotten Tomatoes it has a 28% rating.

But Suicide Squad is the highest grossing film in August. Its global takings in its first week are about US$267 million, a good return on a budget of $175 million. In short, Suicide Squad is the cinematic doppelgänger of Donald Trump. And by the kind of bizarre coincidence that happens only in comic book universes, its executive producer, Steven Mnuchin, is also Trump’s chief fund-raiser.

It is the Trump campaign in a nutshell: a disconnect between elite opinion and the electorate.

The polls are bouncing up and down but at the moment, Hillary Clinton appears to have a lead of about 8 percent. Even if this remains the case, this implies that 40 to 45 percent of the electorate still support a candidate who has been repudiated by the American establishment to an almost unprecedented degree.

Every single day the front page of the New York Times (to take one paper among many) features Trump as a buffoon, a maniac, a megalomaniac, a sexist bigot, an ignoramus, a demagogue, a liar, and an incompetent businessman. Columnist Nicholas Kristoff’s recent column was headed, “Clinton’s Fibs vs. Trump’s Huge Lies”. Even David Brooks, the newspaper’s resident conservative, moans that “His speech patterns are like something straight out of a psychiatric textbook.”

The Times media columnist Jim Rutenberg argues that it is impossible to be objective about a candidate as extraordinary as Trump. “It may not always seem fair to Mr. Trump or his supporters. But journalism shouldn’t measure itself against any one campaign’s definition of fairness. It is journalism’s job to be true to the readers and viewers, and true to the facts, in a way that will stand up to history’s judgment.”

But has the support of voters melted away under the glare of establishment disdain? Not at all. The unbalance in the media’s coverage may have baked it on.

I happen to agree with elite opinion about Trump. I can’t help it. I’m a prisoner of my background and my education. I am #NeverTrump to the core. I cannot stand the guy.

But that does not mean that his supporters don’t matter. It is troubling that the New York Timesand other media spend so little time investigating why Trump’s campaign has such support. Who are those 45%? What are their grievances? Would free yoga lessons help? Why are they so angry? Would watching Woody Allen films help them to acquire ironic detachment? But are they really angry or do they just disagree with Clinton’s stand on immigration, life issues, trade, same-sex marriage, and international affairs? Aren’t Trump’s followers allowed to be rational?

Relentless hostility might even backfire, as it did with the anti-Brexit campaign in the UK. As Clint Eastwood, who is no one’s mug, says about Trump: “He’s said a lot of dumb things. So have all of them. Both sides. But everybody—the press and everybody’s going, ‘Oh, well, that’s racist,’ and they’re making a big hoodoo out of it. Just f***ing get over it.” He’s leaning towards endorsing the guy with the funny hair.

In fact, the list of people who have endorsed him is long and illustrious, ranging from Dick Cheney and Donald Rumsfeld to Steve Forbes and Peter Thiel to Chuck Norris and James Dobson. They’re not all Brownshirts in baseball caps. Perhaps they will be holding their noses as they cast their ballots, but they believe that Trump will represent the interests of the people better than Clinton. They’ve made a rational choice.

As a man Trump may be everything his critics say. But as a candidate he represents half of American voters. Depicting his followers as rednecks, bigots, racists and no-hopers is a snobbish one-finger salute to American democracy.

Michael Cook is editor of MercatorNet. This article was republished with permission.