Why is the Influence of Literary and Religious Figures Often Overlooked by Historians? 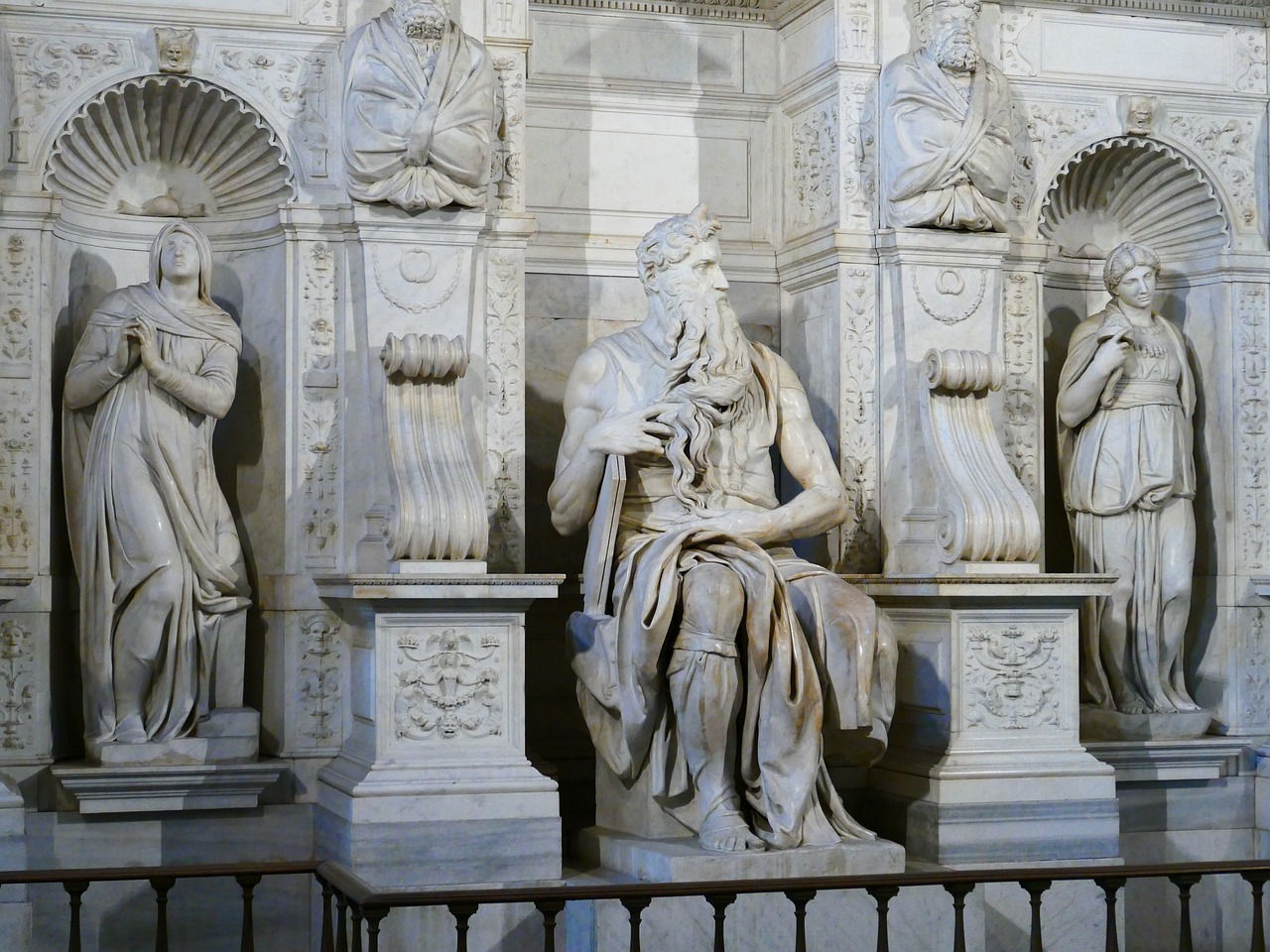 In my last article, I lambasted the historians at National Geographic for their bias in the list of “the most influential figures of ancient history.”

I asked why they favored secular rulers whose “influence” consisted of brute force and manipulation, i.e. military conquest and Machiavellian realpolitik. The National Geographic list was a litany of “mighty ones” who exerted their Nietzschean will to power, thereby glorifying hubris. It was proof, if proof were needed, that the reading of history is itself influenced by the philosophy of the historians studying it.

For those convinced by the Nietzschean presumption that “God is dead,” the influence of religion on history is ignored or belittled, as is the influence of all philosophy that accepts the existence of the Divine. Thus, for instance, there was no place on National Geographic’s list for Moses or any of the other Hebrew prophets, without whom none of the monotheistic religions would exist. Perhaps most egregious and ridiculous of all was the omission of a certain Jesus Christ from the list. How could such influence, regardless of whether we consider it good or bad, be ignored?

Similarly neither Plato nor Aristotle made the list, in spite of their indomitable influence on western culture and civilization. Finally, to add final insult to injury, the list failed to recognize the influence of the writers of the seminal works of literature which shaped the western imagination. There was no room on the list for Homer, Sophocles or Virgil, suggestive of the indifference or contempt of the National Geographic’s “experts” on the role and influence of great literature on civilization.

Apart from the pride and prejudice of such an approach to history, it raises the question of what exactly we mean by “influence.” Almost all of the historical figures chosen by National Geographic’s “experts” had a huge influence on their particular part of the world for a relatively short period of time. They could be said to have been a match which explodes into life, burns brightly for its own lifetime, and then goes out. At best, these figures influenced several generations that followed in their wake. At worst, their influence barely lasted the living memory of their contemporaries, their influence dissipating with the disappearance of their power.

Compare this with those whose lives founded or bolstered religions. Without Moses there would be no Bible, no Judaism, no Christianity, and no Islam. Depending on our own beliefs, we might believe that the world is better because of his influence or would be better off without it. Either way the magnitude of the influence cannot be denied, unless one is a National Geographic “expert.” Perhaps the most apposite example of the two types of influence, that which is explosively brief and that which lingers on for centuries, can be seen in the life and legacy of King David. His life is well documented, due to the influence of the Bible, but perhaps his most powerful legacy is in the text of the Psalms that he composed. It is, therefore, in the goodness, truth and beauty of his literary oeuvre and not in the magnitude of his military conquests that his influence resonates most powerfully across the ages.

Compare the true and lasting influence of Jesus, Moses, Plato, Aristotle, Homer or King David with that of Ramses II, also known as Ramses (or Ramesses) the Great, who does have pride of place on the National Geographic list. Unlike the great philosophers, writers and religious leaders of history, Ramses’ influence on history has been relatively trivial, having its day and then turning to stone, dust and ashes. Nowhere was this encapsulated more brilliantly than in Percy Bysshe Shelley’s sonnet, “Ozymandias.” The poem is about the might of Ramses II, Ozymandias being the Greek name for him, and teaches how the mighty fall into dust, succumbing to the mortality and mutability which awaits all those who put their faith and trust in transient things.

Apart from teaching a priceless lesson about the ultimate futility and fatuousness of worldly power, Shelley’s fourteen power-punching lines serve as a valuable reminder of the power of great literature to penetrate the shallowness of false scholarship. Nothing else needs to be said because Shelley offers the perfect riposte to the silliness of the National Geographic’s “experts”. As such, I will step aside and let Shelley make my point for me:

I met a traveller from an antique land,

Who said—“Two vast and trunkless legs of stone

Half sunk a shattered visage lies, whose frown,

And wrinkled lip, and sneer of cold command,

Tell that its sculptor well those passions read

Which yet survive, stamped on these lifeless things,

The hand that mocked them, and the heart that fed;

And on the pedestal, these words appear:

My name is Ozymandias, King of Kings;

Look on my Works, ye Mighty, and despair!

Nothing beside remains. Round the decay

Of that colossal Wreck, boundless and bare

The lone and level sands stretch far away.”