Why Grad Rates are Meaningless 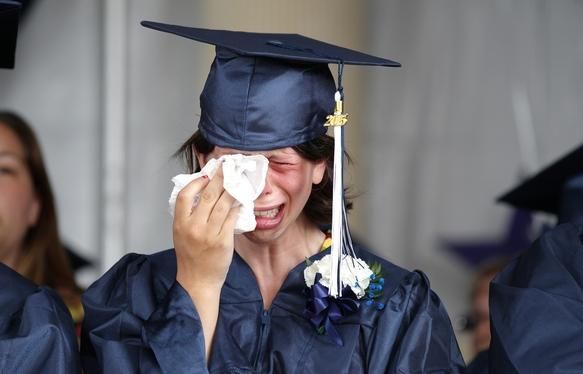 In a recent Intellectual Takeout piece, Daniel Lattier pointed out that colleges are now having to deal with incoming “book virgins”.

To gain admittance to college in the 17th century, students had to be able to read and translate various Latin authors on sight. 100 years ago, students were required to have read various classical works before being admitted.

Today, however, many American students are being admitted to colleges without ever having read a book from start to finish. They are part of a cohort of students known as ‘book virgins.’

You’re probably wondering how that’s possible. The simple answer is that standards have been lowered at the K-12 level as well as college.

In Minnesota, where the state’s Department of Education still is somewhat demanding when it comes to independent proficiency testing in subjects such as Reading and Math, you can truly see how this plays out, especially when it comes to graduation rates.

Before jumping to the entire state, let’s use Minneapolis Public Schools as a case study. Here are the 2011-2016 graduation rates for the district, provided by the Minnesota Department of Education’s “Minnesota Report Card”:

If you’re judging the district’s performance by its graduation rates, things seem to be going in the right direction. In fact, the district has gone from less than 50% of its seniors graduating in four years to nearly 65% in just 5 years. Time to celebrate?

So how does Minneapolis Public Schools’ reading proficiency levels look for its 10th graders? Absolutely horrible and worsening by the year.

The 10th graders tested in 2013 on reading proficiency at a 10th grade level are the very same group of kids who graduated in 2015. As you can see, less than half of 10th graders were able to read at a 10th grade level in 2013, but in 2015 almost 64% of the kids graduated from 12th grade. And the trend line seems to be worsening. The school district’s graduation rate has increased from 49% to 64% in five years, but the school district’s reading proficiency rate for 10th grade students in roughly that same time period has declined from 57.2% to 32.1%. In other words, Minneapolis is pushing kids through who are poorly educated and ill-prepared for careers, let alone college.

But it’s not just Minneapolis. The same situation is playing out across the entire state of Minnesota. Here’s the overall graduation rate for the state based on the Minnesota Department of Education:

The chart below from the Minnesota Department of Education shows what’s been happening in roughly the same period when it comes to 10th grade reading proficiency – remember that “reading proficiency” only means “reading at grade level” in the state.

As was the case in Minneapolis Public Schools, the overall trend line for reading proficiency in Minnesota is down. From 2012, the percentage of 10th grade students who could read at grade-level declined from 76% to 59%. Meanwhile, the graduation rate rose from 77% in 2011 to 82% in 2015.

At the same time, the decline in real educational proficiency is taking place at the high school level, the industrial education machine that is our college system has built out capacity and staffing that must be fed by a steady supply of students paying big dollars for questionable degrees in the hopes of getting a job. When it comes to excellence or money, it should be obvious what the higher-education system has chosen and why standards are having to be lowered to allow for incoming “book virgins”.

So, the next time you hear educators bragging about graduation rates, you might want to ask them about how well the kids are actually reading, writing, and performing math.