The Humility, Charity, and Comic Genius of Gene Wilder 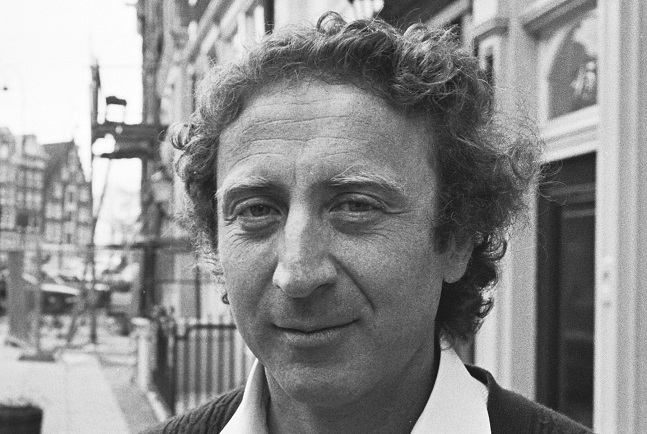 Gene Wilder lived by those words. The world lost the great comedic actor on August 28, 2016, from complications with Alzheimer’s. With impressive stoicism and thoughtfulness for his many young fans, Wilder decided not to publicly disclose that he was suffering from the disease for the past few years because “he simply couldn’t bear the idea of one less smile in the world,” according to his nephew.

Wilder was 83 years old and lived a long and fulfilling life. His work touched the lives of millions of people. He managed to be funny without being crude or inappropriate (which unfortunately is no longer the norm in comedy today), and he was endearingly eccentric and clever, both on screen and off. One of his child co-stars in Willy Wonka and the Chocolate Factory said that he was “a very kind, endearing, and patient man. . . just a joy to work with.” He was always professional, never outlandish; as he put it, “I’m an actor, not a clown.”

Wilder first began performing comedy to cheer up his mother after a heart attack partially disabled her. He started on Broadway and then made his debut in Bonnie and Clyde. He’s perhaps best known for starring as the zany, singing candy factory owner Willy Wonka in Willy Wonka and the Chocolate Factory. Johnny Depp, who played the role in Tim Burton’s version of the movie, is no comparison, and after the remake, Wilder said, with his trademark candor, “It’s just some people sitting around thinking: how can we make some more money? Why else would you remake Willy Wonka?” I watched him dance around in his brown top hat and purple waistcoat many times throughout my childhood (I currently have “Pure Imagination” playing in my head as I write this).

Wilder also starred in a number of Mel Brooks movies, playing characters like the eccentric Dr. Frankenstein in Young Frankenstein, and the nervous and dramatic Leo Bloom in The Producers (like Johnny Depp, Matthew Broderick simply wasn’t able to compete at Wilder’s level; they really need to stop remaking Wilder’s movies). Brooks so admired Wilder that he said Wilder was “one of the truly great talents of our time. He blessed every film we did with his magic and he blessed me with his friendship.”

Along with being an accomplished actor, Wilder was also a writer and director; his talents were great (although he won very few awards for his endeavors, something which didn’t seem to bother him very much). He was humble and made movies for the fun of it, not for the money or fame, which made him all the more admirable and rare in Hollywood. Wilder figured out early on that he wanted to be an actor, not a “celebrity,” with all of the self-promotional nonsense the latter entailed. “I don’t like show businesses,” he said in one television tribute. “I like show, but I don’t like the business.”

For decades he gave his time and money to the cause of preventing ovarian cancer after his wife, Gilda Radner, who originally had been misdiagnosed, died of the disease. He testified before Congress about early cancer detection and helped create clubs in Gilda’s name across the U.S., where women suffering from ovarian cancer could come for support.

Perhaps the best way to sum up Wilder’s enduring and endearing charm is with one of the lines he sang as Willy Wonka: “Come with me and you’ll be, in a world of pure imagination, take a look and you’ll see, into your imagination.” R.I.P. Gene Wilder.