Olympic Athlete: ‘I was born to have babies’ 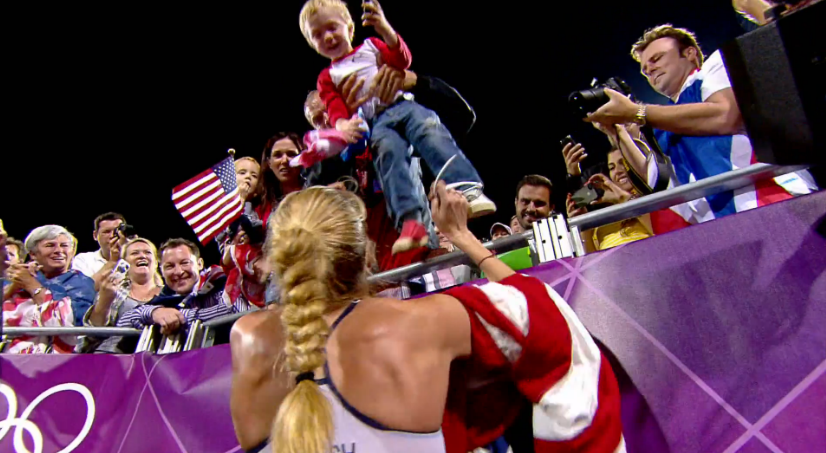 One of the fascinating parts of the Olympics is the backstory which every athlete brings with them. For three-time gold medalist Kerri Walsh Jennings, that backstory focuses heavily on her family and life as a mother.

“I didn’t know at the time I had a little girl growing in my belly, but I knew that I was pregnant and I just felt so blessed. I was born to have babies and play volleyball.”

As she goes on to explain in her NBC Olympic interview, life as a wife, mother, and athlete is a challenging balance:

“Mornings in the Jennings home are rad. I mean, they’re a lot. Generally, we don’t even set an alarm, the babies are the alarm. Scout wakes up between 5:30 and 6, then we come downstairs and it’s kind of off to the races.”

Yet despite its challenges, Jennings is convinced she wouldn’t have it any other way:

“I’m combining what I always wanted to be, which is a working mom, a loving wife, and a kick-butt athlete.”

Several years ago, Jennings named her priorities as “faith, family, and career” and noted that she would like to have a fourth child. Such devotion is inspiring to many parents who also struggle to balance their family and career.

But not everyone views Jennings’ devotion to her children and family as admirable. As The Independent Journal reports, “There were those who took issue with her comments – and with NBC for running them,” as the following screenshot from Twitter shows:

In an era where equality and a woman’s right to choose her own path in life is praised, why is it that a woman like Jennings is made to feel she must apologize for enjoying children and desiring to have more? Does society have a problem accepting the idea that motherhood can be a fulfilling and non-shameful role for a woman?