Jan Bloch: The man who prophesied World War I 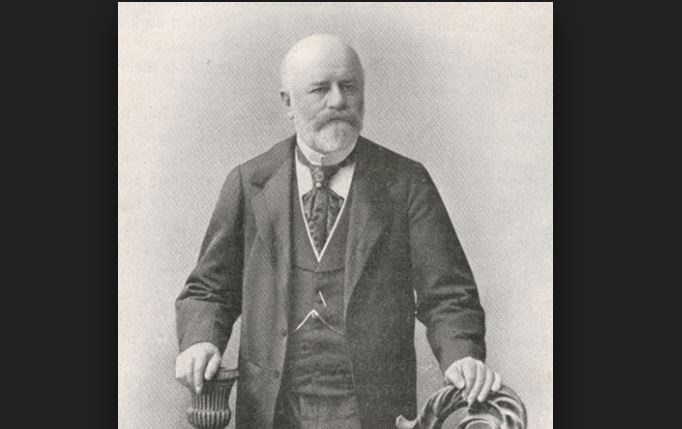 Looking back on the Great War today, it feels almost inevitable. If a discontented 19-year old Bosnian Serb with the devil’s luck had not managed to put a bullet into the jugular of the Archduke Franz Ferdinand on a hot summer day in 1914, something else would have triggered the chain of events that resulted in four and a half years of hell. Right?

Yet few in the early 20th century seemed to see the course the world powers were heading on. Manuel Fernández Silvestre, a general in the Spanish military, expressed the conventional thinking at the time when he argued that European battles would typically be resolved after “one day’s hard fighting.”

Such beliefs held despite the fact that previous wars had foreshadowed the deadly toll of modern warfare. The American Civil War, for example, particularly the final two years, had provided an ugly demonstration of what disciplined armies could do to one another with rifled small arms and heavy artillery.

At the dawn of the 20th century, the destructive capacity had only grown. European armies had swelled, artillery had gotten bigger and more precise, and soldiers carried rifles with magazines. Britain’s colonial adventures in South Africa had demonstrated how difficult it was to breach entrenchments defended by modern infantry.

One man who did portend the carnage was Jan Bloch, a Polish banker and railroad baron who moonlighted as a military theorist. In 1898, Bloch published a little-noticed six-volume work titled The War of the Future in its Technical, Economic and Political Relations. The following year, the work was re-published in a single volume under a new title: Is War Now Impossible?

In the work, Bloch, who had closely studied Britain’s campaign in Africa during the Boer War, explained that modern weaponry had become so deadly that it had fundamentally changed warfare. Bayonet charges and cavalry flanking maneuvers were obsolete in an era defined by sophisticated earthworks and precision projectiles, he suggested.

Everybody will be entrenched in the next war. It will be a great war of entrenchments. The spade will be as indispensable to a soldier as his rifle. The first thing every man will have to do, if he cares for his life at all, will be to dig a hole in the ground. War, instead of being a hand-to-hand contest in which the combatants measure their physical and moral superiority, will become a kind of stalemate, in which neither army is able to get at the other, threatening each other, but never being able to deliver a final and decisive attack.

War would be “impossible” in the sense that it would be suicidal. Neither side would be able to gain a decisive advantage, battles along massive contiguous fronts would continue indefinitely.

Was Bloch suggesting that modern man had vanquished war by making it so deadly and terrible? Hardly. He argued that humans would be slow to realize the changes, and the results would be catastrophic.

At first there will be increased slaughter — increased slaughter on so terrible a scale as to render it impossible to get troops to push the battle to a decisive issue. They will try to, thinking that they are fighting under the old conditions, and they will learn such a lesson that they will abandon the attempt forever. Then, instead of war fought out to the bitter end in a series of decisive battles, we shall have as a substitute a long period of continually increasing strain upon the resources of the combatants. The war, instead of being a hand-to-hand contest, in which the combatants measure their physical and moral superiority, will become a kind of stalemate, in which neither army being willing to get at the other, both armies will be maintained in opposition to each other, threatening the other, but never being able to deliver a final and decisive attack…

That is the future of war — not fighting, but famine, not the slaying of men, but the bankruptcy of nations and the breakup of the whole social organization…

This is, of course, almost precisely how World War I unfolded. Bloch was even correct in his assessment of how many combatants would fight in these new wars (“tens of millions”) and his prediction that disease would claim “many more than either cold steel or rifle-bullets.”

Bloch’s predictions seem fairly obvious to the modern thinker (what we call hindsight bias), but few of his contemporaries paid much attention to his newfangled theories.

When Bloch presented his thesis at a British military think tank in 1901, the chairman of the meeting pooh-poohed his conclusions, suggesting that artillery and cavalry could still prove decisive against entrenchment. Even military leaders who accepted Bloch’s premise that military tactics were archaic missed his larger point. Some British military strategists for example, proposed using more men on offensives to compensate for the newfound advantages of defensive positions. But Bloch’s larger point was that modern war would primarily driven by economic forces; tweaking tactics was not a solution.

Bloch died in 1902 at age 65. He never lived the see the nightmare he predicted with such uncanny foresight. That, perhaps, is a mercy.