Is Playing Powerball More Rational than Voting for President? 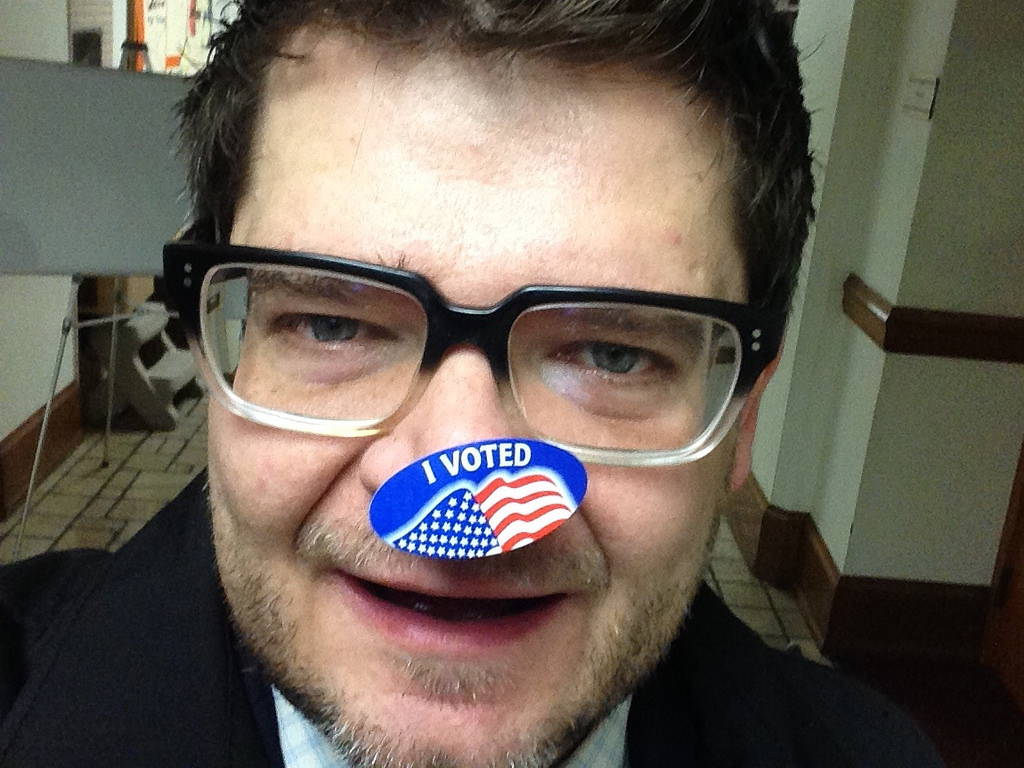 Those who agree have scoffed at the hullabaloo over the Powerball of February this year, with its $1.6 billion jackpot and 1 in 292 million odds. After the drawing, such skeptics smirked at amusing news stories about lottery losers doubling down on their innumerate antics.

There was Cinnamon Nicole, a Tennessee woman who had spent her family’s life savings on Powerball and started a GoFundMe drive to raise money to “reimburse” the losses and to, as her short-lived campaign page put it, “spend another fortune trying to hit it big again!”

Then there were the two Floridians who “purchased $146,000 worth of Powerball tickets in a social media pool that went viral.” Although they failed to win the jackpot, they plan on “rolling over” whatever relatively meager returns win right back into the next drawing. “We’re just going to buy more tickets and buy more tickets until we either hit a jackpot or it’s gone,” one of the budding financiers boasted.

All very amusing indeed. However, come November, many of the sophisticates who smugly snickered at these stories will themselves have wasted time and energy on their own statistically senseless participation in yet another faith-based fantasy drawing: they will have voted in a U.S. presidential election.

A voter has a greater chance of dying in a car accident on the way to the polling station than of affecting the outcome of the presidential election. But you wouldn’t know it from the way engaged voters assiduously deliberate and strategize over their presidential “pick”: balancing pros and cons, prioritizing issues, and agonizing over character judgments, as if they were pondering a decision that would actually make a difference in their lives, like choosing a romantic partner or a dentist.

Get a grip. Handing in a piece of paper is not going to make you a billionaire, and it’s not going to make you a political kingmaker either. Agonizing over your World of Warcraft avatar would impact your future happiness far more than agonizing over your pick for president. Whether you vote for or support candidate X or candidate Y, or whether you doodle on the ballot, it will not make a whit of difference. So you might as well show a little independence, say to hell with the whole corrupt lot of them, and take a public stand for principles instead of personas.

At least with Powerball, if you do beat the odds, you end up benefiting financially without depriving anybody of their rights. However, if you beat the overwhelming odds against influencing the presidential elections, then you will have empowered an official who will, like all U.S. presidents, perpetrate murder (war), enslavement (incarceration for victimless crimes), and theft (kleptocratic taxes and fines). And even non-decisively participating in such empowerment is immoral.

By taking part in that power ritual, you are not only helping to propel an engine of destruction, but helping to maintain it.

Imagine gigantic siege engines that are moved by millions of people pushing them. Let us say one of those engines runs over and kills someone. Did the victim’s death just “happen?” No, of course, he was murdered. But by whom? By the millions who pushed the engine, of course. It is true that no single person among those pushing would have made a difference had he chosen not to push. But that does not change the fact that, by choosing to push, he has contributed, as much as anybody else, to a murder.

What voting does accomplish

By choosing not to lend your weight (voting) to an engine of death (the State), it may not make a practical difference as to its path of destruction, but you will at least have abstained from participation in injustice and maintained a clear conscience.

Moreover, the whole electoral folderol is essentially a power ritual, the purpose of which is to drape the autocratic power of the oligarchical state with the sanctifying mantle of “popular sovereignty.” It engenders public docility by creating the illusion of public control. The greatest trick the Devil ever pulled was to invite the damned to join Hell’s steering committee.

If it gives you pleasure, please, play Powerball. But don’t play ball with those seeking power. That is a game in which almost everyone loses, and loses badly.

For more reasons to abstain from the electoral process, see my essay, “Let’s Boycott Hate Season.”

Originally published at The Anti-Media. Dan Sanchez is the Digital Content Manager at FEE, developing educational and inspiring content for FEE.org, including articles, ebooks, and courses. His writings are collected at DanSanchez.me.

This article was published on FEE.org. Read the original article.