Colin Kaepernick Should Do a Ride Along With Chicago Police 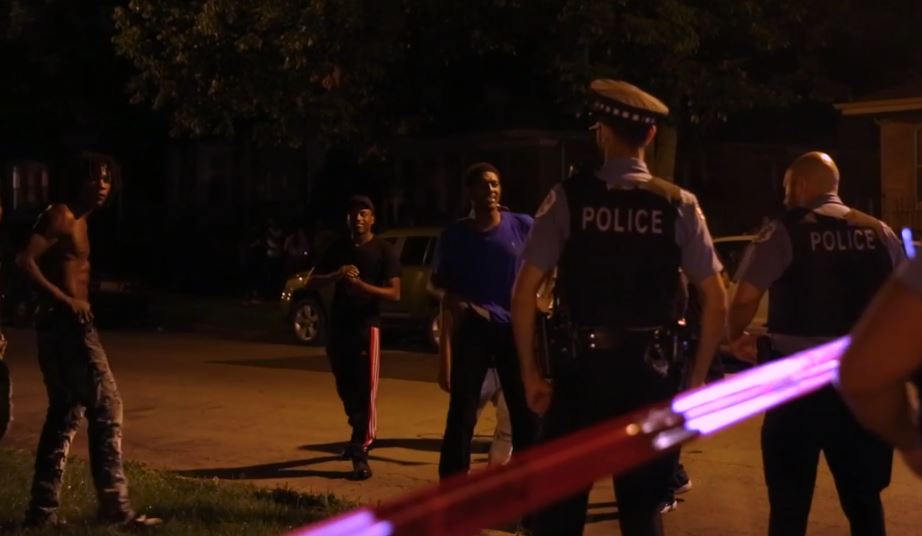 Colin Kaepernick set off a firestorm Friday when he refused to stand for the National Anthem, saying he will not “stand up to show pride in a flag for a country that oppresses black people and people of color.”

Now, everyone agrees (or should agree) that Kaepernick has the right to remain seated during the Anthem. Compelling someone to stand would be authoritarian and vulgar, an affront greater than Kaepernick’s action.

Much of the media chatter focused on whether or not Kaepernick’s action is offensive to the men and women in the U.S. military. But it’s police officers, not soldiers, who should be insulted. Listen to Kaepernick explain why he is sitting, via Oregon Live:

There is police brutality. People of color have been targeted by police. … This country has to change. You can become a cop in six months and don’t have to have the same amount of training as a cosmetologist. That’s insane. Someone that is holding a curling iron has more education and more training than people that have a gun and are going out on the street to protect us.

Kaepernick’s words echo an idea common in many academic circles in America today. It’s the idea that law enforcement agencies are staffed with people who are reckless and have little concern over black lives.

If this idea is true, Kaepernick is actually a heroic figure. Think about it. He’s receiving relentless abuse for taking an unpopular stand; he is giving a voice to oppressed people who do not have one.

Kaepernick’s actions would be noble if his claims are grounded in truth. But are they?

As it happens, the same day Kaepernick refused to stand for the National Anthem, the Chicago Tribune ran a riveting story that reveals what many men and women in blue uniforms deal with on a daily basis.

“Run, b—-, run!” a young shirtless man shouted as officers sprinted down an alley to check out the gunfire. Then, with mock concern, he added: “Hey, there’s somebody dead in the alley!”

There was no one dead in the alley. Police suspected the shots were a prank by a group of young men who had been heckling them for about an hour at the scene of a shooting that wounded a 22-year-old man in the 7100 block of South Paulina Street about 12:50 a.m.

Standing in a line not far from the crime scene tape, they had been alternately threatening and teasing the officers.

This is scary stuff (just watch the video).  Shirtless teens and young men openly taunting police: “Tase me! I’ll sue your ass!” “Get the f— off my block!” “Put y’all little-ass guns back in the holster.” “Your momma a b—-!”

Someone discharges a firearm as a “prank” to spook police investigating a shooting. Another sneaks under police tape and is quickly handcuffed. Clearly these are young men who do not fear or respect police. At one point, one of them laughs. “Y’all taking this seriously. We’re just playing.”

And perhaps they are.

I used to occasionally do ride-alongs with law enforcement when I was a beat reporter. It was wonderful experience because it gave you an idea of what officers face night after night: drunks, stabbings, false alarms, teens hot-wheeling, drug overdoses, shootings, domestic violence, etc.

In Harper Lee’s classic To Kill A Mockingbird, Atticus tells his daughter, “you never really know a man until you stand in his shoes and walk around in them.”

Colin Kaepernick would probably have a different perspective on things if he went out on patrol a few nights in Chicago, where murder rates are soaring even as the city is bleeding police officers.

More perspective is never a bad thing. As racial tensions continue to boil, it’s something each of us would be wise to keep in mind.